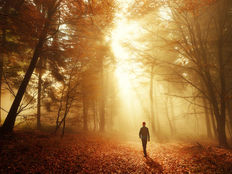 The past couple of months roiled the markets with more than the standard dosage of volatility, but a major breakthrough could be looming this month as trade talks are set to continue between the U.S. and China. The past 18 months of trade war news have given investors a rollercoaster ride they won’t forget, but it could be finally coming to an end.

A CNBC report noted that “China’s Ministry of Commerce confirmed the two countries held a phone call Thursday and agreed to meet in early October in Washington. This would mark the 13th round of trade negotiations after both sides slapping tariffs on billions of dollars worth of each other’s goods.”

China and the US announced new round of trade talks and will work to make substantial progress. Personally I think the US, worn out by the trade war, may no longer hope for crushing China's will. There's more possibility of a breakthrough between the two sides.

Furthermore, per a CNBC report, “A blog called Taoran Notes on Chinese social media WeChat has been followed by analysts covering China and market participants for cues on the trade battle. Run by a state-owned newspaper called Economic Daily, the blog has been cited by U.S. media including Bloomberg News for additional color from the China side.”

“Whether the trade war is headed in a positive direction or it will repeat again, I am afraid it still depends on how some people choose,” Taoran said.

For investors who may be sensing continued upside in U.S. equities over international equities, the Direxion FTSE Russell US Over International ETF (RWUI) offers them the ability to benefit not only from domestic U.S. markets potentially performing well but from their outperformance compared to international markets.

For investors sensing continued upside in U.S. equities over international equities, the Direxion FTSE Russell US Over International ETF (RWUI) offers them the ability to benefit not only from domestic U.S. markets potentially performing well but from their outperformance compared to international markets.