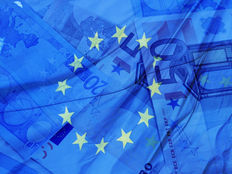 Weakness in Europe ETFs May Continue

As many begin to consider the potential economic fallout from the Wuhan coronavirus in China, investors should watch out for a slowdown in European markets and related exchange traded funds that are closely tied to the global stage.

Dragging on the attractiveness of European markets, the euro currency has hit a fourth-month low against the U.S. dollar, raising concerns of further weakness, Reuters reports.

Many are worried about the potential negative impact of the coronavirus on China’s economy, which includes the potential fallout from the many European economies that rely heavily on an export industry that is tied to the global economy.

“Last year we discovered how sensitive the German economy was to China, and I think everybody is still underestimating the impact this will have on the Chinese economy and to Europe,” John Marley, a senior FX consultant at the FX risk management specialist SmartCurrencyBusiness, told Reuters.

The weak EUR could also signal momentum in the greenback ahead and lead to tighter financing conditions from China to Mexico.

A popular trade of borrowing in currencies with low or negative rates, like the EUR, and investing in higher-yielding currencies like the USD may further add to the selling pressure on European assets – in 2019, borrowing euros and investing in U.S. dollars would have generated a net return of almost 5%. Hedge funds have already increased their net short bets in recent weeks, and the net short positions are not far from a three-year high.

“That negative yield and the falling volatility makes the argument of buying and holding euros a very tough one,” Elsa Lignos, global head of FX strategy at RBC Capital Markets, told Reuters.