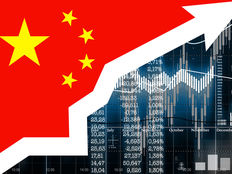 In what looks like a negotiation tactic in order to force China’s hand into a trade deal, the White House said it was looking into restricting U.S. investment into China as well as limiting the trading of Chinese equities on U.S. exchanges. Can this do more harm than good to U.S. equities?

“U.S. is not as open as before. It’s going to have a fairly far-reaching impact,” said Ning Zhu, professor of finance at Tsinghua University in Beijing,

Oct. 10-11 are the target dates set for U.S.-China trade deal negotiations. Analysts looking at all possible outcomes could foresee a scenario where restriction into Chinese investments could actually come back and haunt the U.S.

“While there may be other political reasons for restricting US capital flows to China, Washington should understand that the implications for the trade imbalance are the opposite of what they want,” said Michael Pettis, finance professor at the Guanghua School of Management at Peking University.

China investors could be in for a rude awakening when it comes to third quarter results, according to a quarterly survey by the China Beige Book, which cited slower growth and rising debt labels.

“Nationally, revenue, profits, output, sales volumes, and job growth all slowed from a quarter ago, as did both domestic and export orders,” the report said, which cited China Beige Book’s survey of more than 3,300 Chinese businesses.

“Borrowing is still high. This could offer some relief next quarter. Any fears of further labor market stress could result in Beijing pushing firms to staff up as credit is doled out,” said Shehzad Qazi, managing director of China Beige Book International. “That said, any comparison (in economic growth) with very weak Q418 will look comparatively better than it should.”

Interest rate movements could affect how equities will react this week, which make relative value exchange-traded funds in the U.S. a possible play. For investors looking for continued upside in U.S. equities over international equities, the *Direxion FTSE Russell US Over International ETF (RWUI)* offers them the ability to benefit not only from domestic U.S. markets potentially performing well, but from their outperformance compared to international markets.