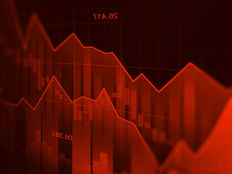 Will the $1 Trillion Budget Deficit Hurt US Equities?

Third-quarter earnings are humming while the economy seems to be drumming along despite some market analysts signaling that a recession could be a year or two away. Inverted yield curves from the bond market, a reliable recession indicator, could be a sign and the ballooning budget deficit could be another, which could hurt U.S. equities in the long run.

“The U.S. government’s budget deficit ballooned to nearly $1 trillion in 2019, the Treasury Department announced Friday, as the United States’ fiscal imbalance widened for a fourth consecutive year despite a sustained run of economic growth,” a Washington Post report said. “The deficit grew $205 billion, or 26 percent, in the past year.”

“The country’s worsening fiscal picture runs in sharp contrast to President Trump’s campaign promise to eliminate the federal debt within eight years the report added. “The deficit is up nearly 50 percent in the Trump era. Since taking office, Trump has endorsed big spending increases and steered most Republicans to abandon the deficit obsession they held during the Obama administration.”

It’s All Relative with ETFs

Will the U.S. be better able to mute the effects of a budget deficit? The Direxion FTSE Russell US Over International ETF (RWUI) offers investors the ability to benefit not only from domestic U.S. markets potentially performing well but from their outperformance compared to international markets.

Worries of slowing global growth and inverting yield curves haven’t slowed down the U.S. For investors who are worried that U.S.-China trade wars will feed into more weakness for U.S. equities, they can feel at ease knowing that when it comes to relative value ETFs, the United States is still the place to be.