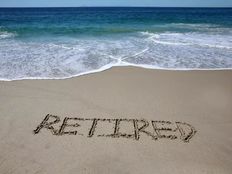 While entering retirement can be exciting for new retirees, it can also be tough to accurately predict just how much income is needed during retirement. Unforeseen expenses like healthcare costs can throw off budgets and alter spending habits year-to-year.

Since planning for retirement requires foreseeing income needs, it can help to establish a realistic figure while also understanding that expenses are likely to fluctuate over time. So, Morningstar’s Christine Benz offers seven steps a retiree can take to estimate their cash flow needs in retirement.

The next step is to look at the percentage of the salary being saved and subtract that from the baseline salary amount. A household saving 20% of its income will see its income replacement rate drop to 80%. Those with higher incomes tend to have lower income replacement rates because they can often save a higher percentage of their salaries during their working years and need less of their salaries to fund basic living expenses.

Many people entering retirement realize tax savings since they no longer pay Social Security or Medicare taxes. More affluent retirees may see a bigger percentage drop in taxes because they can draw income from just enough assets from traditional, Roth, and taxable accounts to stay within the lowest tax bracket.

Housing costs are another line item that can change substantially in retirement, as many retirees plan to relocate or downsize. Although the primary objective of downsizing may be to add the home sale proceeds to the retirement fund, it can also reduce property taxes and lower outlays for insurance, utilities, and maintenance.

Now that they’re no longer working, retirees should factor in how their lifestyle change will impact changes in their expenses, such as commuting, clothes for work, and meals out while on the job. Food costs are an expense item likely to decline the most in retirement. Not only do retirees have more time to prepare food at home than they did while working, but they also have more time to shop for grocery bargains.

While there are many ways that retirees may see their expenses decline, one area where they’re likely to see an increase is in healthcare. Older adults on average dedicate 12% of their expenses to healthcare costs, while the general population devotes less than 9% to such expenditures. These expenses also tend to increase as retirees get older.

While working through these line items may help determine an accurate income replacement rate, the future is unwritten and unpredictable. Inflation has skyrocketed, which has serious implications for retirement spending. Long-term care costs are a big wild card. Many seniors have also been unexpectedly asked to help their adult children and families. Homeowners can also incur unexpected repair bills.

“All of these factors can send your expenditures out of line with what you thought they would be,” Benz wrote. “The potential for those unanticipated expenses argues for nudging your own income-replacement rate a bit higher to allow for some wiggle room in your planning.”