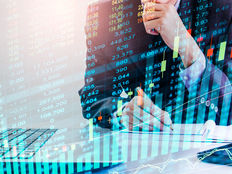 A recent survey conducted by ETF Trends on behalf of Nationwide found that of the advisors surveyed, 86% reported that meeting the income needs of their clients was a concern over the next three years.

It’s not a surprising finding, given the historic inflation, an increasingly hawkish Fed, and continued waves of COVID-19 variants wreaking havoc on supply chains and economies. Markets have ridden fairly high for the majority of the year, posting a string of record closes, but now with the Fed announcing a more rapid tapering that will end in March instead of June and Omicron sweeping through countries around the world, the global and national economies are experiencing volatility once again.

In the same survey, the majority of advisors (55.92%) reported that they were at least somewhat concerned about a 20% market correction within the next three years, while just shy of a third (33.28%) reported being very concerned. Advisors are in a position of much less certainty regarding the current heading for markets, particularly in the immediate outlook as Omicron threatens shutdowns and countries have already closed borders.

Looking a bit further, advisors largely remain cautious and on the lookout for a market correction in the upcoming years as continued outperformance by markets begins to wind down and more volatility is introduced.

Finding income amidst uncertainty can be difficult for any investor or advisor. Nationwide now offers a variety of risk-managed ETFs for advisors that can cater to a range of investment exposures and strategies.