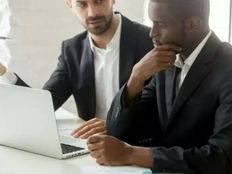 A Rising Tax Environment? What to Watch Out For

According to the Government Accountability Office, the US national debt was 100% of US annual GDP at the end of fiscal year 2021.[i] To put that in perspective, the national debt peaked at 106% of GDP following World War II. According to current GAO projections, the debt will hit a record of 107% of GDP in 2028.[ii] With this as a backdrop, it is not surprising that President Biden’s 2023 federal budget included proposals to raise income taxes for high earners. In the current political environment, however, it is unlikely that Congress will pass new tax legislation through 2024.

But even without new legislation, the prospect of higher taxes in the future is still looming. The Tax Cuts and Jobs Act (TCJA), which passed at the end of 2017 and established current income tax rates, is scheduled to “sunset” at the end of 2025. This means if Congress does nothing, we will revert to 2017 tax rules for the 2026 tax year. If this were to occur, the impact on retirees would be substantial. This is because the TCJA made many changes to the tax code that benefit retirees.

The TCJA also expanded the 10% income tax bracket, replaced the 15% bracket with an expanded 12% bracket, and changed how the brackets would be indexed for inflation going forward. Under the old rules, brackets were adjusted more slowly. By indexing the brackets more aggressively to account for inflation, the TCJA keeps average tax rates lower.

The combination of a higher standard deduction and lower tax rates is a fantastic opportunity for retirees, especially those who are married. Based on 2022 brackets, a married couple with no other income, both age 65 and filing as a married couple, could pull $112,250 from a traditional IRA and have a federal income tax liability of just $9,705. That’s an effective tax rate of just over 8.6%. Given our current fiscal situation, it’s hard to envision that tax rate dropping. If the TCJA were to simply sunset at the end of 2025 and revert to the 2017 standard deduction, personal exemptions and tax rates, however, the resulting tax liability on the same distribution would be over $3,800 higher at $13,565 (with an effective tax rate of 12%).1 Keep in mind that this is a rough estimate. If the TCJA sunsets, the 2017 tax brackets will have to be indexed from 2017 numbers. This would result in a smaller tax increase and a lower effective tax rate.

As we look at the tax landscape for the foreseeable future, the one thing we can say with the most confidence is that tax rates are unlikely to go down. Given the intense, persistent pressure of the national debt, the reality is that the next few years could end up being a low point for federal income tax rates. This can make after tax savings opportunities, such as Roth accounts, permanent life insurance, and non-qualified annuities very attractive options for those with a long-term approach to retirement savings. Each of these vehicles provides retirees with flexibility to manage their retirement tax bill if (or more likely when) taxes increase in the future.

Tax diversification also remains an important strategy as we save for retirement. Having a mix of non-qualified taxable assets, tax-deferred retirement accounts, and potentially tax-free accounts can allow retirees the flexibility they need to actively manage their tax liability in retirement and possibly avoid higher tax rates should they come to pass.

Sources
[I] America’s Fiscal Future U.S. Government Accountability Office, 2021, gao.gov
[ii] The Nation’s Fiscal Health: Federal Action Critical to Pivot toward Fiscal Sustainability U.S. Government Accountability Office, 2022, gao.gov
[iii] Details and Analysis of President Joe Biden’s Campaign Tax Plan Tax Foundation, 2020
[iv] Key Elements of the U.S. Tax System. Tax Policy Center, 2018. taxpolicycenter.orgFederal income tax laws are complex and subject to change. The information is based on current interpretations of the law and is not guaranteed. Nationwide and its representatives do not give legal of tax advice. Please consult an attorney or tax advisor for answers to specific questions.