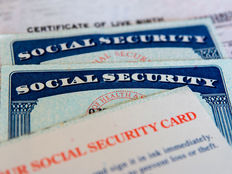 It’s no question that higher prices are racking the economy with the inflation rate pegged at 8.5% in July, notching its highest level since November 1981. That, of course, is hitting retirees, but an increase in Social Security benefits could be providing a reprieve amid higher inflation.

It also doesn’t help that medical costs have been rising in tandem with inflation. That can be an additional gut punch for retirees who have to deal with increased medical care expenses when sustaining income is also a concern.

It’s an even more tenuous situation when it comes to lower-income consumers. That’s particularly the case for retirees who don’t have enough in their savings to deal with both inflation and rising medical expenses.

However, all this could be ameliorated with more Social Security benefits to come. An 8% to 9% cost of living adjustment could provide a much-needed boost in income to help mute the effects of inflation.

“Inflation is brutal for lower-income consumers, including millions of retirees who don’t have much savings, as the cost of gas, groceries and rent climb,” said Susan Tompor in USA Today. “Thanks to surging inflation, though, those collecting Social Security benefits can look forward to a payout that’s roughly 8% to 9% higher in 2023, based on early estimates.”

Additional Help on the Way

According to the USA Today article, those benefits may not kick in until next year, but that cost of living adjustment (COLA) could provide that added tangible benefit. An extra $150 per month, as estimated in the article, might not sound like much, but it could go a long way for retirees in the current economic environment.

“This will be one of the highest COLAs ever paid in the history of the program,” predicted Mary Johnson, a Social Security policy analyst for The Senior Citizens League, a nonprofit group.

“Every COLA is meaningful,” Johnson added, “because Social Security is one of the only forms of retirement income that is adjusted for inflation.”

As for rising health care costs, the newly signed Inflation Reduction Act could ease the burden. The act covers a broad spectrum of government subsidies and funding, but retirees could see reduced prescription drug costs for Medicare.