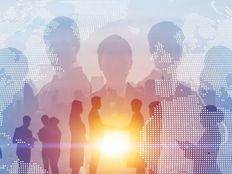 Jobs data and reports continue to come in strong, with the February employment report indicating that nonfarm payrolls have risen the fastest since July 2021. Continued strong pressures from wages and jobs will maintain inflationary pressures, almost guaranteeing a short-term rate increase later this month by the Fed, blogs David Berson, chief economist at Nationwide.

Nationwide is predicting that the job openings for January will be in the ballpark of 11 million, far surpassing the previous record of 7.6 million in March 2021. Wages for the month of February were flat but are still much higher than they were a year ago, while pressures on consumer prices continued to rise.

In the meantime, the ISM manufacturing survey was still within expansion territory at 58.6 (anything above 50 equates to growth) but had risen only modestly, indicating a slowing of services. Nationwide is also anticipating that optimism around small businesses may drop again, predicting that the small business optimism index will hit the lowest level that it has in a year.

All of this coupled with anticipation of the CPI rising 0.7%, bringing the 12-month trend rate to 7.8%, means that inflation is still well above where the Fed prefers to keep it, which is roughly around 2%.

“It was a positive report in virtually all aspects,” Nationwide writes.

Market volatility continues, with the Dow Jones entering correction territory as of Tuesday morning as escalation in the Russian-Ukraine conflict continues to drive markets. With the early Tuesday morning announcement of President Biden banning Russian oil imports, followed shortly by the U.K.’s commitment to phase out of Russian oil imports, oil prices were up 7%, reports the Wall Street Journal.

“The ongoing Russian invasion of Ukraine, and especially the Russian attack on a nuclear power plant, more than offset the typical positive market impact that would normally follow such a strong report. But it is not likely to deter the Fed from increasing short-term rates later this month,” the authors explain.