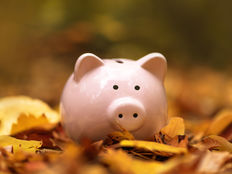 Supplier prices for the month of October have slowed for the second month in a row, rising only 8% year-over-year, a decline from the 8.4% revised in September and yet another metric to indicate that inflation pressures could be easing.

Markets rose in response to the report on hopes that it will be yet another convincing data point for the Federal Reserve that the aggressive rate hikes enacted this year are beginning to show noticeable effects on the U.S. economy, opening the door for easing.

“The improvement in the October inflation data, if it persists, supports the Fed’s expectation of a step down in the pace of increases going forward,” Rubeela Farooqi, chief U.S. economist at High Frequency Economics, told WSJ.

PPI fell at a rate of 0.2% month-over-month in October and echoes September’s revised 0.2% gain, both inline with the average monthly gains made in the two years previous to the pandemic. It’s a measure of what manufacturers — or suppliers — charge customers and businesses for their goods, and is a good gauge of the impact that inflation is having on production.

“This data is further confirmation of the peak for now in inflation,” Peter Boockvar, CIO at Bleakley Financial Group, told WSJ. “The question still unanswered is where does it settle out when all is said and done.”

Recession risk still remains a concern, but with signs that inflation could finally be easing, there has been a surge back into equities. The S&P was up 0.87% on Tuesday, its third day in a row of positive closes after the release of October’s CPI last week.

Major retailers are reporting earnings this week, with Walmart and Home Depot both beating earnings expectations.

“Retail earnings are off to a pretty decent start, and could serve to reinforce the broader narrative of consumer resilience and labor market tightness,” Ross Mayfield, investment strategy analyst at Baird, told CNBC. “Earnings are critically important from here… the pace and breadth of the earnings deceleration (or re-acceleration) should determine the next leg for equities.”

A strategy for advisors looking for investment opportunities within equities for their clients but with an added element of risk-management is the Nationwide S&P 500® Risk-Managed Income ETF (NSPI), which seeks current income with a measure of downside protection.