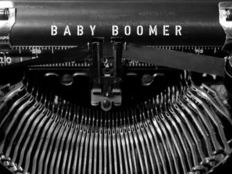 While older generations drew down their wealth slowly in retirement, leaving much of their savings untouched, retiring Baby Boomers may not be able to do the same. This is because Boomers are less likely to have a defined benefit plan and will need to tap the assets in their defined contribution plans to support their retirement income needs, according to research from the Center for Retirement Research at Boston College.

Having access to a DB plan (in other words, a pension plan) was associated with slower drawdown of retirement wealth. The larger the share of retirees’ resources in an annuity-like form (either DB plans, Social Security benefits, or commercial annuities), the slower they drew down their wealth. But the CRR forecasts that Boomers reliant on DC plans like a 401(k) will likely underestimate their drawdown speed and run a greater risk of outliving their savings than earlier generations.

“Retirees with a DB had less need to draw down financial assets in their retirement accounts to cover their spending and could reserve these assets for late-life medical expenses or bequests,” wrote CRR’s Robert Siliciano and Gal Wettstein.

Most households with heads born between 1920 and 1940 had access to a DB plan, offering retirees a guaranteed income stream. But the availability of DB plans plummeted once 401(k) plans were introduced, giving those born after 1960 limited access to pension plans. While DC plans are usually cheaper and less complicated than pension plans, they don’t give employees as secure an income.

“Baby Boomers saw a massive shift in how they have financed retirement relative to earlier cohorts as employers transitioned from DB to DC plans,” Siliciano and Wettstein added.

Per CRR’s research, Boomers who calculate their drawdown speeds based on the levels of previous generations “likely underestimate” the speed at which they’ll go through their retirement savings.

Those approaching retirement without a pension may want to consider postponing Social Security as long as possible to maximize their eventual benefits and inflate their only guaranteed income stream, according to SmartAsset.

Commercial annuities can also replace the guaranteed income that a pension plan would have provided. These financial contracts allow retirees to exchange a lump sum or periodic payments for a future income stream.

Finally, retirees wanting to make sure their savings won’t run out will need to calculate how much they can safely withdraw each year. The most quoted rule of thumb dictates that if you withdraw 4% of your savings during your first year of retirement and then adjust your withdrawals for inflation each subsequent year, those savings should last 30 years.