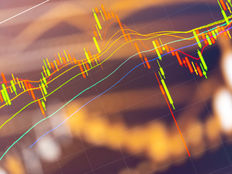 Bond Markets Could End Year at Lowest in Two Decades

What started as a strong year is ending on a decidedly rocky note, with market volatility continuing during lighter volume trading at the end of the holiday season. Markets are once again on an upward trend, but overall, inflation has had a huge impact on global markets already grappling with almost two years of pandemic woes, and the global bond market has been hit particularly hard.

Global bond markets are set to finish out the year at their worst in over 20 years; the last negative return year was 1999, when the global aggregate index lost 5.2% for the year during the dotcom boom when investors ditched bonds in favor of equities. Currently, the Barclays Global Aggregate Bond Index has produced a negative 4.8% return for 2021, reports the Financial Times.

The negative returns have been heavily impacted by two distinct periods of increased selling of government debts, one in longer-term debts and one in shorter-term debts. The beginning of the year saw a big spike in selling when investors moved out of longer-term bonds in the anticipation of economic rebound, and then again in the late fall as investors sold off short-term bonds when the Fed began discussing tapering and potential interest rate increases.

The U.S. currently makes up about a third of the Barclays Global Bond Index, and with the unprecedent inflation in the late part of the year reaching 6.8% in November, the 10-Year U.S. Treasury has risen to 1.49% from 0.93% at the beginning of 2021, indicating falling bond prices. The two-year yield is now also up from 0.12% at the beginning of the year to 0.65%.

“We shouldn’t be too surprised that bonds are a bad investment when inflation is running at 6 per cent,” James Athey, a portfolio manager at Aberdeen Standard Investments, told Financial Times. “The bad news for bond investors is that next year looks tricky too. We have the potential for a further shock if central banks move quicker than expected, and I don’t think [riskier bonds] are particularly attractively priced.”

Some asset managers think that it’s too early to rule out a recovery within the space next year; already this year, long-term yields, which peaked in March, have continued to fall back, even in the midst of markets pricing in a minimum of three interest rate increases next year in the U.S. and four in the U.K.

“The more you raise rates today, the more they have to come back down in a couple of years time,” said Nick Hayes, portfolio manager for Axa Investment Managers. “And if the equity market retraces a bit, people will suddenly like bonds again. I’m not saying we get double-digit returns next year, but the simple fact is if you look back over the decades, a negative year has tended to be followed by a positive one.”

With market uncertainty, particularly within bonds, expected to continue well into next year, turning to actively managed funds within the space can help investors make the most out of market volatility. Nationwide offers a variety of actively managed ETFs for advisors that cater to a range of investment exposures and strategies.