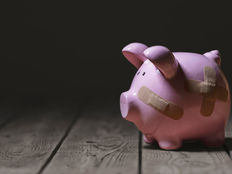 Despite stock markets riding into 2022 on a surge of economic tailwinds, the climate soon changed after the year was well on its way. Rising inflation, the war in Ukraine, and a hawkish Fed soon led nervous investors to begin selling off their stocks, bringing markets into bear country.

Except for commodities, almost all risk assets saw a significant drop in value in the first half of the year. Equity markets corrected, and the doubling of U.S. Treasury rates put substantial pressure on the bond market. All told, U.S. investors lost nearly $20 trillion in portfolio value during the volatile period.

However, in his 2022 Mid-year Outlook, Mark Hackett, chief of investment research for Nationwide’s Investment Management Group, posited that markets may be able to recover.

As we enter the second half of 2022, Hackett pointed out that there are two questions that hang over the markets: Will negative sentiment lead to a slowdown in behavior? And will the economy prove to be in better shape than generally believed?

He noted that, despite the various economic challenges that companies are facing, many public firms posted strong earnings in the first half of the year. Companies have been able to push through price increases and keep their margins at almost record levels. FactSet projects corporate earnings growth at roughly 10% this year, with a similar growth forecast in place for next year.

The strength in earnings growth combined with the weakness in stock prices has led valuations to decline sharply and forced investors to reset their expectations. If the economy can endure the current headwinds and earnings expectations hold up, Hackett argued that it’s possible that stock markets can recover.

“It will be important to watch how the headwinds develop and what effect they have on markets. A drop in investor sentiment could perpetuate the cyclical downturn,” Hackett wrote. “Plus, investor emotion has historically been a detriment to portfolio returns. Setting a long-term plan and sticking with it is always good advice to share with clients. Perhaps never more valuable than it is right now.”