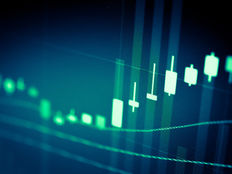 Municipal bond investors are anxiously awaiting the outcome of the upcoming Election Day and that was evident last month as the iShares National Muni Bond ETF (MUB A+) posted a modest decline.

MUB, the largest municipal bond exchange traded fund, seeks to track the investment results of the S&P National AMT-Free Municipal Bond IndexTM. The fund generally will invest at least 90% of its assets in the component securities of the underlying index and may invest up to 10% of its assets in certain futures, options and swap contracts, cash and cash equivalents. The index measures the performance of the investment-grade segment of the U.S. municipal bond market.

“The municipal market was nearly stagnant in September, with the S&P Municipal Bond Index returning just 0.02% for the month,” according to BlackRock research. “Uncertainty around fiscal policy and the pending U.S. presidential election left investors reluctant to put their cash to work in the muni market. Performance was relatively strong in muni bonds with short and intermediate duration (i.e., low to medium levels of interest rate risk) and barbell credit strategies (i.e., exposure to both low- and high-quality bonds). Year-to-date, the asset class has gained 3.18%.”

Yields on munis have been steadily falling with bond prices rising even before the coronavirus hubbub. After the 2017 tax law changes, demand for tax-exempt munis became more attractive in response to caps in the federal deduction for state and local taxes, especially among more high-tax states. The tax law also diminished supply due to new limits on when governments can issue tax-exempt debt.

Munis: Still Worth a Hard Look

Some market observers believe that if election results weigh on municipal bonds over the near-term, that could be a buying opportunity with the asset class.

Due to the economic shutdown, which led to a spike in unemployment rates across the country, plenty of states are facing budget woes. Some of those with the worst shortfalls are among the largest issuers of municipal bonds, meaning they’re also among the biggest weights in this category’s ETFs. However, to this point, the muni market is proving resilient.

“Fund flows remained positive but decelerated over the month, mostly in long-term and high yield funds,” according to BlackRock. “Waning demand was also evident in the new-issue market, which saw lower overall subscription rates and better investor discipline among credits with increased idiosyncratic risks. However, as fiscal stimulus negotiations re-intensify and Democrats expand their lead in the polls, the focus on fundamentals may soon shift toward expectations for higher taxes and increased need for tax-exempt income.”