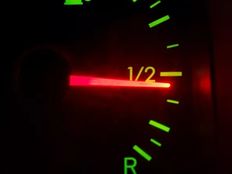 Equities Might Just Have More Gas in the Tank

Even more impressive is that technology, the S&P 500’s largest sector weight, was a laggard for much of the first six months of the year. Further still, the cyclical value sectors (excluding financials) that propped up the benchmark for the bulk of the January through June period are relatively small weights in the index.

Some market observers remain bullish on equities for the remainder of 2021, noting there are catalysts that could generate more upside in the back half of the year.

“Many tailwinds for the equity rally remain in place heading into the second half of the year, including accelerating growth and rising corporate profitability. However, much of this good news is already priced into current valuations. Given the reliance on fiscal and monetary support, the primary risks to the market are those that could alter these policies, specifically inflation and interest rates,” says Nationwide’s Mark Hackett.

Flows to funds, including exchange traded funds, are on a torrid pace this year, due in part to booming household wealth. With interest rates still low and Treasury yields declining, many advisors and investors are indicating an overt preference for stocks.

“Flows into stock funds have come in at a scorching pace so far in 2021. Households increased their equity holdings to 41% of total financial assets, the largest percentage on record dating back to 1952,” adds Hackett. “Investors really have had no choice in how to allocate, given still historically low bond yields and the tightest investment-grade credit spreads since 1997. Investor sentiment surveys reached levels of extreme optimism in April but have since turned more neutral and receded from their earlier peaks.”

Another item on the agenda for advisors is the inflation debate. When that conversation initially started earlier this year, the prevailing wisdom was that higher prices would be transitory. However, a growing chorus of market observers are saying inflation will be more persistent than expected.

“Inflation is climbing, with supply chains tight and pricing power improving, but the Fed appears convinced that the broader impact on the economy is transitory. If inflation pressures become more pervasive, the central bank could be forced to taper asset purchases and/or raise the Fed Funds rate sooner than they would like,” concludes Hackett.