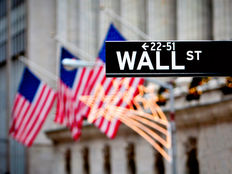 A Financials Comeback, 'XLF', and the Search for Value

Cyclical and value stocks are making a comeback, giving investors reason to revisit the once beloved value factor. Broad-based value funds make sense for many investors, but others may opt to get tactical in the search for value.

At the sector level, financials look appealing as value plays, a notion that’s giving rise to exchange traded funds such as the Financial Select Sector SPDR (XLF A).

How to Find Value in Financial ETFs Like XLF

“More data indicate the potential value opportunity in Financials, and that these metrics are not a value trap. In our monthly sector scorecard, we perform a quantitative analysis for valuation (using the same process for the regions and styles), momentum, and earning sentiment,” notes Matthew Bartolini, head of SPDR Americas research. “Financials ranks in the top three across all metrics. The positive earnings sentiment is reinforced by 2021 earnings-per-share estimates increasing by 7 percentage points, following financial firms beating earnings by 29 percentage points in Q4 20206 – only energy stocks had better rates on both, given the easy comparables that sector has from vastly negative figures and estimates.”

The problem with banks setting aside large chunks of cash to cover bad loans is that the strategy weighs on earnings. Those reserves come directly out of profits, but if the economy improves, KBWB holdings may not need to cover as many bad loans as expected, meaning those reserves become profits.

Other signs illustrate XLF’s credibility as a value play.

“Unlike Energy, however, the Financials sector has not seen forward price-to-earnings ratios expand over the past year,” says Bartolini. “In fact, Financials is the only cyclical sector, that has not seen that much multiple expansion based on expected earnings for the next two years, indicating stronger value prospects looking ahead as recent price increase have been met with equivalent earnings increases – with one not getting ahead of the other.”