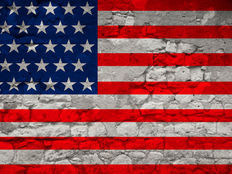 Although it often seems as though they’re joined at the hip, the economy and equities market are different beasts. This year proves as much as economic data confirm the U.S. economy is ailing from the effects of the coronavirus pandemic, but the stock market resides around record highs.

That can present a tricky scenario for retirees, but the Nationwide Risk-Managed Income ETF (NUSI) can help those investors generate much-needed income regardless of the macro environment.

NUSI is an actively managed portfolio of stocks included in the Nasdaq-100 Index and an options collar. Per index rules, the fund only invests in the top 100 largest by market cap, nonfinancial stocks listed on NASDAQ. A collar strategy involves selling or writing call options and buying put options, thus generating income to hedge some downside risk. The strategy seeks to generate high current income monthly from any dividends received from the underlying stock and the option premiums retained.

“Too many pre-retirees today haven’t prepared their finances for a possibly bumpy landing in retirement,” reports Investment News.

NUSI uses an options trading strategy called a protective net-credit collar to generate income. The options strategy sells an upside call option and uses a portion of the proceeds received to buy a put option to hedge downside risk on an underlying portfolio of securities.

“Pre-retirees may also find it hard to maintain their current standard of living in their early years of retirement. To top it off, in June the National Bureau of Economic Research said the economy is in recession, just over three months after the downturn began, in what’s been called “the fastest recession ever,” reports Investment News. “But here’s the thing: In the past 70 years, there have been 10 recessions in the United States, which lasted on average 11.5 months.”

NUSI can act as a complement to traditional equity and fixed income allocations or as the ideal protective hedge for investors with heavy exposure to technology and growth stocks because the fund is a “rules-based options trading strategy that seeks to produce high income using the Nasdaq-100 Index,” according to Nationwide.

In the current climate, NUSI is all the more impactful because equity risk remains elevated while Treasury and municipal bonds – two assets embraced by retirees – yields remain depressed.