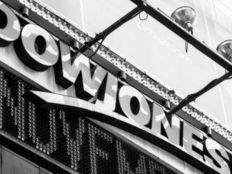 Get on the Dow Jones’ 5-Day Rally With NDJI

The Dow Jones Industrial Average has hit its fifth consecutive day of positive closes in a volatile week of earnings, resulting in the Nasdaq and S&P 500 ending a three-day rally on Wednesday, dragged down by their technology exposures to close at a loss both Wednesday and Thursday.

The Dow rallied on higher-than-expected third-quarter GDP, with the U.S. economy growing at a 2.6% annualized rate compared to estimates of 2.3%. Because of its limited exposure to the technology sector, the Dow was able to ride high while the Nasdaq and S&P 500 were pulled under by their technology weightings.

“It’s very much a bifurcated market, a tale of two cities,” Tim Ghriskey, senior portfolio strategist at Ingalls & Snyder in New York, told Reuters. “There’s a lot of pressure on tech and tech-plus names, higher growth names. On the flip side, you’re seeing a lot of strength in other sectors, particularly consumer staples, energy, financials, industrials, and utilities.”

The Dow is an index comprised of 30 U.S.-listed, well-established companies called blue-chips and is one of the oldest indexes in the U.S. It’s also unique in that it is a price-weighted index compared to the other major equity indexes that are market-cap weighted. The companies it tracks are generally known for their stability and ability to weather economic hardships.

There are only two ETFs that track the Dow Jones Industrial Average specifically, but only one is actively managed and offers the potential of generating monthly income while seeking to mitigate volatility: the Nationwide Dow Jones® Risk-Managed Income ETF (NDJI), which utilizes on options collar that aims to reduce volatility and provide a measure of downside protection.