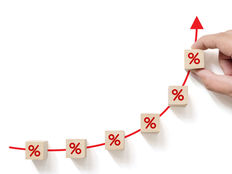 The S&P 500 is up more than 21% year-to-date, more than 2% over the past month, and closed on Monday around record highs.

Alone, those statistics are impressive, but they’re even more impressive when considering the fact that this year’s bout with inflation is proving more persistent than many experts expected. That is to say, equities are proving surprisingly durable against what’s an increasingly challenging macro economic backdrop.

“Major averages have now gained for three-straight weeks despite persistent challenges to supply chains and the labor market,” says Nationwide’s Mark Hackett. “A wave of technology earnings this week could shift the leadership balance that has seen value outperform growth in recent months. Technical indicators, including sentiment, momentum and breadth have recovered, with the S&P 500® Index eclipsing the 50-day moving average, bringing the year-to-date return to 23%, and 34% over the past 12 months.”

Any time the S&P 500 gains more than 21% in less than 10 months of action, that’s noteworthy. However, that performance is even more notable this year because there’s no refuting that companies and investors alike are expressing concern about inflationary pressures. It’s a prominent theme on third-quarter earnings conference calls and investor surveys, as just two examples.

“A number of consumer-focused companies have passed through price increases to preserve margins, including Procter & Gamble, Nestlé, AT&T and Chipotle. Economists have an increasingly pessimistic outlook, with a CNBC survey showing a record 46% saying the economy will get worse over the next year, and 79% viewing the economy as fair or poor, the most since 2014,” adds Hackett.

Inflation is obviously a tricky scenario for advisors to navigate on behalf of clients, and it’s one that could easily trickle into next year. The Consumer Price Index (CPI) is rising at one of its most intense rates in decades, and although Congress appears to be at peace with a “watered down” spending package, it’s still massive and big enough to stoke inflationary pressures. Moreover, some economists are concerned about the specter of rising inflation against the backdrop of slowing GDP growth.

Bottom line: Stocks look good for now, but it’d be beneficial to see some ebbing in inflation data.