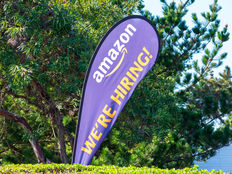 The monthly jobs report from the Labor Department is one of the biggest data points for investors monitoring the capital markets. These days, that’s particularly true because market participants are eyeing jobs data not only to gauge impact on riskier assets, but to glean clues regarding inflation.

Last month, the U.S. economy added a stellar 559,000 jobs and the unemployment rate declined. There was additional good news in the form of robust hiring across multiple industries.

“Nonfarm payrolls rose by 559,000 for May, doubling the pace from April. As has been the case for several months, the sector of the economy that was hardest hit during the pandemic – leisure and hospitality – had the strongest job gains during May, up by 292,000,” says Nationwide’s David Berson. “Other service areas, including education, health care, and information, also saw improved hiring. As an increasing number of state and local governments allow for more in-person activity, we should see a further service sector rebound in coming months.”

Taken on its own, the May jobs report is undoubtedly encouraging, but investors should dig deeper because there’s still an elevated amount of job openings. Additionally, some employers are so desperate to lure workers that they’re bumping wages, offering hefty sign-on bonuses or both. Those are positives for staffers, but those scenarios can also fan the flames of inflation.

The more companies have to dole out for staff and benefits, the more likely it is those added costs are passed onto consumers. Those add-on costs drive inflation. Data indicate, though moderate, inflation is already here, and it’s quickening.

“While we expect the monthly increase in the consumer price index to be moderate, even this gain will boost the 12-month trend rate to the fastest pace since 2008,” adds Berson.

Nearly half of the 50 states are ending extended unemployment benefits in an effort to get folks back to work, but that policy will take time to bear fruit, if it does at all. In the interim, Nationwide’s Berson says that while the high number of unfilled roles is concerning, it should come down as more industries, particularly those dependent on in-person activity, continue reopening.