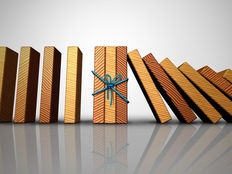 Municipal bonds and exchange traded funds, including the iShares National Muni Bond ETF (MUB A+), are proving sturdy in the face of a raft of new issuance in the space.

MUB, the largest municipal bond ETF by assets, seeks to track the investment results of the S&P National AMT-Free Municipal Bond IndexTM. The fund generally will invest at least 90% of its assets in the component securities of the underlying index and may invest up to 10% of its assets in certain futures, options and swap contracts, cash and cash equivalents. The index measures the performance of the investment-grade segment of the U.S. municipal bond market.

“Municipals posted modestly negative total returns in October, with the S&P Municipal Bond Index finishing the month down -0.14%,” according to BlackRock research. “Interest rates moved higher as economic data remained firm and the market began to price in an increased likelihood of a Democratic sweep, which, at the time of this writing, appears unlikely. (Bond prices fall when rates rise.) Credit sectors fared better than the more rate-sensitive segments. Muni-to-Treasury ratios in the intermediate and long end of the yield curve declined, but remain high versus the historical average.”

Yields on munis have been steadily falling with bond prices rising even before the coronavirus hubbub. After the 2017 tax law changes, demand for tax-exempt munis became more attractive in response to caps in the federal deduction for state and local taxes, especially among higher-tax states. The tax law also diminished supply due to new limits on when governments can issue tax-exempt debt.

Due to the economic shutdown, which led to a spike in unemployment rates across the country, plenty of states are facing budget woes. Some of those with the worst shortfalls are among the largest issuers of municipal bonds, meaning they’re also among the biggest weights in this category’s ETFs. However, to this point, the muni market is proving resilient.

“October posted the largest monthly issuance on record at $71 billion. Municipalities pulled forward deals ahead of anticipated election uncertainty. Despite the acceleration, supply was well absorbed given the expectation for a corresponding dearth of issuance in November and December. On average, new deals were oversubscribed by 4.6 times, up from 4.2 in September,” according to BlackRock.