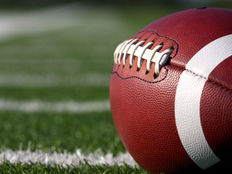 Peyton Manning, NFL Hall of Famer and Nationwide spokesperson, was on a recent webcast moderated by Tom Lydon, CEO of ETF Trends, and hosted by Nationwide to discuss his winning strategies in football and life, his charity work, and life lessons.

Manning participated in a charity golf event at the beginning of the COVID pandemic to raise help raise COVID relief funds and was partnered with Tiger Woods. In the webcast, he explains how humbling it was to step into the arena of someone else’s profession while also having a good time.

Peyton discussed his winning strategies on and off the field followed by Chris Graham, CIO at Nationwide, who shared income strategies and solutions for 2022, including Nationwide’s recently expanded suite of Risk-Managed Income ETF solutions. If Nationwide was looking to make a splash to support their product launch, they surely hit the mark.

The NFL Hall of Famer has a philanthropic legacy and is very involved in charity work focused on helping children alongside his wife. Together they founded the Peyback Foundation, which provides growth and leadership opportunities for disadvantaged youth and children at risk.

Peyton expresses gratitude to Nationwide for being the annual sponsor of the Walter Payton NFL Man of the Year award, which recognizes a player for their charity and volunteer work, and explains that it has helped encourage a class of players that are doing large works of service for their communities and bettered the industry.

“I encourage all people, and I’m sure everybody on this call does, to go out there, find something that you’re passionate about, give your time, give your money, give both if you can. You can make a big difference in someone else’s life,” Manning says.

Manning goes on to discuss the importance of a strong work ethic and having his personal priorities in the correct order in his life. He talks about his mom’s role as a constant source of support, how he views much of life as playing a role on a team, the importance of contribution and giving your best, and the value that can be found in losing sometimes.

“We all enjoy winning, but how we handle adversity, how we handle the tough times, that’s really the ultimate test,” Manning explains. “A lot of the games that we ended up winning, I think, were because of the lessons we learned from some difficult losses.”

Touching on his induction into the NFL Hall of Fame, Manning describes how special it was to him to have his dad present him and to share in the moment with his family. Manning believes in the importance of everyone and recognizes what a vital role all the people who enable his success behind the scenes play, from the sports equipment manager to teammates.

Lydon goes on to talk with Graham about current advisor concerns and seeking income in today’s more challenging market environment.

Nationwide introduced 3 new risk-managed income ETFs based on the award-winning strategy* of the Nationwide Risk-Managed Nasdaq-100 Income ETF (NUSI A) based on the S&P 500®, Russell 2000®, and Dow Jones Industrial Average indexes.

Over three-quarters of the advisors polled (77%) reported that they were concerned about their ability to meet their clients’ income needs over the next three years. Nationwide offers a suite of ETFs for advisors looking for income strategies with a mind towards risk management.

This article was prepared as part of Nationwide’s paid sponsorship of ETF Trends.

ETFs, hedge funds, equities, bonds, and other asset classes have different risk profiles, which should be considered when investing. All investments contain risk and may lose value. Investing involves risk, including the possible loss of principal. Shares of any ETF are bought and sold at market price (not NAV), may trade at a discount or premium to NAV, and are not individually redeemed from the Fund. Brokerage commissions will reduce returns. The Fund’s return may not match or achieve a high degree of correlation with the return of the underlying index.

Call 1-800-617-0004 to request a summary prospectus and/or a prospectus. You may also download the prospectus at the link above or by visiting etf.nationwide.com. These prospectuses outline investment objectives, risks, fees, charges and expenses, and other information that you should read and consider carefully before investing.

Nationwide has a contractual relationship with Peyton Manning. It does not include any endorsements of products and services discussed by others in this video.

The Fund expects to invest a portion of its assets to replicate the holdings of an index. Correlation between Fund performance and index performance may be affected by Fund expenses and because the Fund may not be invested fully in the securities of the index or may hold securities not included in the index. The Fund frequently may buy and sell portfolio securities and other assets to rebalance its exposure to various market sectors. Higher portfolio turnover may result in higher levels of transaction costs paid by the Fund and greater tax liabilities for shareholders. The Fund may concentrate on specific sectors or industries, subjecting it to greater volatility than that of other ETFs. The Fund may hold large positions in a small number of securities, and an increase or decrease in the value of such securities may have a disproportionate impact on the Fund’s value and total return. Although the Fund intends to invest in a variety of securities and instruments, the Fund will be considered nondiversified. Additional Fund risk includes: Collared options strategy risk, correlation risk, derivatives risk, foreign investment risk, and industry concentration risk.

Nationwide Fund Advisors (NFA) is the registered investment advisor to Nationwide ETFs, which are distributed by Quasar Distributors LLC. NFA is not affiliated with any distributor, subadviser, or index provider contracted by NFA for the Nationwide ETFs.

Nationwide, the Nationwide N and Eagle and Nationwide is on your side are service marks of Nationwide Mutual Insurance Company. © 2022 Nationwide.

The opinions and forecasts expressed herein are solely those of Tom Lydon, and may not actually come to pass. Information on this site should not be used or construed as an offer to sell, a solicitation of an offer to buy, or a recommendation for any product.