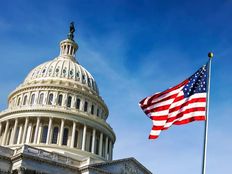 A panel of experts convened with lawmakers on March 29 to discuss the changing needs of Americans and retirement income in the wake of the pandemic. Among the changes discussed were the expansion of lifetime income options in defined contribution plans, increasing access to a variety of employer plans, granting access to emergency savings, and more, reports Pensions & Investments.

Current bipartisan legislation being created by Democratic Senator Patty Murray, chairwoman of the Senate Health, Education, Labor and Pensions committee, and Republican Senator Richard Burr, the ranking member of the committee, will be put forth soon. Their legislation seeks to expand on the Retirement Improvement and Savings Enhancement Act (RISE Act) put forth in the House last November, and would open up emergency savings access for people, help recover “lost” retirement accounts, allow for auto re-enrollment, and increase transparency regarding fee disclosures.

“I hope our discussion today will inform and improve these efforts, and our Democratic and Republican colleagues will continue to bring forward ideas over the next few weeks so we can build a good, bipartisan package that helps workers, retirees and families,” Senator Murray said. “Because it is painfully clear we need to do more to strengthen people’s emergency savings and retirement security.”

Doug Chittenden, head of client relationships at TIAA-CREF and one of the panelists in attendance, believes that Congress should expand the plans that employers offer, including 403(b) plans, and also expand the lifetime income options available to employees, such as fixed annuities plans that utilize delayed liquidity.

The Pandemic’s Impacts on Retirement Savings

Emergency savings access was also something that the panel addressed with members of Congress, and Petros Koumantaros, CEO and managing director of Spectrum Pension Consultants, explained that his firm had seen a 280% increase of financial hardship withdrawals from retirement accounts in 2020 compared to 2019. Koumantaros hopes that legislation will be passed allowing penalty-free emergency withdrawals from retirement plans for workers.

“The concurrent ability to save for emergencies and create that liquid savings is important,” explained Ida Rademacher, vice president of Aspen Institute and executive director of Aspen Financial Security Program. A survey from Aspen Institute reported that 40% of American workers would have difficulties providing $400 in an emergency.

Also discussed was the need to focus on women’s retirement, particularly considering the pandemic’s impacts on working women.

“Women have a more difficult time saving for retirement for reasons commonly acknowledged: lower wages, (and) time spent either out of the paid workforce because of caregiving, or working part-time, which is why women make up nearly two-thirds of part-time workers, 64%,” said Cindy Hounsell, president and founder of the Women’s Institute for a Secure Retirement, a non-profit organization.

For advisors looking for retirement income options for their clients, Nationwide a variety of actively managed ETFs for advisors that cater to a range of investment exposures and strategies within the major indexes.