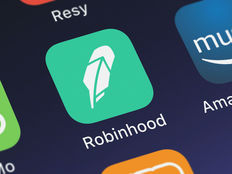 Speculators and retail investors are furious after well-known retail brokerages restricted trading in speculative names like GameStop (GME) on Thursday.

Robinhood and Interactive Brokers raised margin requirements on certain securities, stating that in some cases, investors would be able to only liquidate existing positions and not initiate any new ones.

Hedge fund Melvin Capital closed out its short position in GameStop on Tuesday after taking monstrous losses. Citadel and Point72 have invested nearly $3 billion into Gabe Plotkin’s hedge fund to shore up its finances.

After the announcement Thursday, shares of GameStop initially reversed their gains, diving quickly into negative territory, where the gaming retailer’s stock is currently down almost 30% on the day. The stock, which traded above $500 at one point in premarket trading, was below $290 per share shortly after the opening bell, and is trading near $250 per share as of just before 3 PM EST.

The erratic trading has infected other heavily shorted stocks like AMC Entertainment, BlackBerry, and Koss, as well as ETFs holding GameStop, such as the Wedbush ETFMG Video Game Tech ETF (GAMR ), which is down almost 10% on Thursday.

“We continuously monitor the markets and make changes where necessary. In light of recent volatility, we are restricting transactions for certain securities to position closing only, including $AAL, $AMC, $BB, $BBBY, $CTRM, $EXPR, $GME, $KOSS, $NAKD, $NOK, $SNDL, $TR and $TRVG. We also raised margin requirements for certain securities,” Robinhood said in a statement.

Robinhood has been in the news for trading performance issues previously, with the major trading app stating that it was experiencing “degraded performance” over a variety of its services. The retail brokerage said that its iOS, Android, and web apps were “experiencing a service disruption,” and that it was also “experiencing issues with equities, options, and crypto trading.”

Interactive Brokers said: “As of midday yesterday, Interactive Brokers has put AMC, BB, EXPR, GME, and KOSS option trading into liquidation only due to the extraordinary volatility in the markets. In addition, long stock positions will require 100% margin and short stock positions will require 300% margin until further notice. We do not believe this situation will subside until the exchanges and regulators halt or put certain symbols into liquidation only. We will continue to monitor market conditions and may add or remove symbols as may be warranted.”

Robinhood clients voiced outrage surrounding the decision on Twitter, criticizing the brokerage for hypocrisy. Robinhood has garnered fame through its mission to democratize investing for everyone. The Silicon-Valley start-up with more than 13 million users pioneered free trading, forcing the entire brokerage industry to begin to forgo commissions in late 2019.

“Either #Robinhood allows people to trade freely in the market or they will lose millions of users #ToTheMoon #GME #AMC #NAKD,” one Twitter user wrote.

“Robinhood canceled stock orders on #gme #amc #NOK etc…. There should be a class action lawsuit. I thought we had a free market. So Wall Street is OK with me losing hundreds of dollars, so that rich investors can’t be called out on their risks…. #wallstreetbets,” another user said.

“This is a big problem of the e-brokers’ own making as they are so beholden to their payment for order flow overlords and shows the real fragility of the zero commission business model,” said Timothy Welsh, founder and CEO of wealth management consulting firm Nexus Strategy.

Many retail traders are fighting back, outraged by the fact that hedge funds could take advantage of them.

“The high-frequency traders and hedge funds that could predictably trade against the ‘dumb’ money from Robinhood traders and pay Robinhood for that information are now realizing that the order flow they are buying is no longer predictable or safe for them. In fact, it now includes thermonuclear bombs in the form of GameStop and AMC,” Welsh said.

Retail investors’ cries seem to be supported by legal counsel. Law firm ChapmanAlbin LLC announced Thursday that it is “investigating claims on behalf of Robinhood users that were affected and suffered losses as a result of investing in Gamestop or AMC through the Robinhood brokerage platform,” amid Twitter cries for a class action lawsuit against Robinhood.