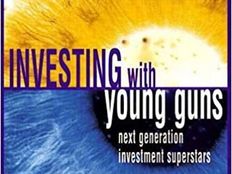 This isn’t really another article about the weird trading activity in Gamestop (GME). Yes, it’s nutty what’s happening, and I have answered far more questions from reporters about Gamma, Delta, market maker hedging, and day trading than I ever have in any one-week period of my life. But this is mostly an article about information density and curation.

The plumbing of the GME story is where most of the focus has been. The narrative goes something like this:

A bunch of folks are trapped at home with less to occupy themselves than normal, and they’ve decided to become daytraders. These message-board daytraders cause weird market distortions as they move from stock to stock. And now that they’ve discovered small-lot options trading, they have leverage and are in over their heads, and boy, this feels just like the 1990s.

If the stock is at 25, you don’t hedge the call option you just sold by buying the stock to offset your exposure, you buy a fraction of the value, based on the option’s propensity to move with the stock (Delta). Generally speaking, the closer the stock price moves to the out-of-the-money strike price, the closer the delta gets to one (the rate of change is gamma), so as the stock goes up, the long-call seller has to hedge by buying more stock.

These narratives aren’t inaccurate, but I’m going to argue they’re missing most of the point. The most pernicious mistake here is italicized — the idea that we’re just seeing a kind of retail-driven blow-off top, just like the end of the dotcom bubble.

I’ve been waiting for the day when being a failed mid-50’s former portfolio manager would come in handy! I’ve read hundreds of tweets at this point talking about how “this feels just like the 1990s,” and I understand why: we had a lot of retail interest back then, and the market got really bubbly and disconnected from the fundamentals. I know this because I’m a chapter in the most embarrassing and ill-timed investment book of all time.

This is not a good book, and thankfully it’s out of print. It documents a dozen or so 30-nothing wannabees who got very lucky in the late 1990s running money during a crazy tech and IPO boom. I was interviewed for this in early 2001 (well into the crash).

The fund I helped manage, OpenFund, was radical at the time for being a fully transparent, actively managed technology fund. In 1999, the Nasdaq 100 had run from about 1500 to almost 4000, on its way to 5000, and our fund had kept pace and more. We thought we were geniuses. We raised a lot of money. Then March 2000 hit, and our fund nosedived. But we were convinced we were right and took the long ride all the way down to NDX 1500 again.

Still, I was a true believer, and even knowing that the game was over, I was a full on Type 1 Charlatan – I believed. Here’s a tasty little tidbit of how I described how we ran money in something called (brace yourself cowboy): “The OpenFund Manifesto.”

We believe that the most important insights are those that operate at the most macroscopic level of analysis: understanding the great trends — the MetaThemes — that drive the new economy. We argue that the importance, impact, and scope of the new economy dynamics are not fully understood and appreciated by the market.

I then went on to opine about made-up things like “InfoGenesis,” “Corporate Tribalism,” and “The Innovate or Die Economy.” In the book, I declare that we are “all citizens of day-trader nation” that the economy was splitting “K-shaped” into dinosaurs and futurists. It’s pretty nauseating stuff in retrospect, but under the hood, I don’t think I was wrong… I was just wrong about the implications for markets. Of course, innovation is important. Of course, corporations have developed brand tribalism to new heights.

But the honest truth is, for a mid-50s trader from the 1990s, it sure looks like not all that much has changed since the Motley Fool boards on AOL tracking IoMega or the Raging Bull arguments about flipping IPOs.

But anyone who tells you this is wrong. Really, really wrong. This time, it really is different.

Frothy markets, IPOs and SPACs, retail daytraders with access to leverage. These are all things we did, in fact, see before in the 1990s, but a few things have changed since then. Reg NMS changed the fundamental tone of the market and the reality under the hood. It’s often said that Reg NMS made the market more about speed than price and birthed the high-speed market making/profit-making algo business. It’s true enough; I won’t argue the point. Markets are vastly faster than they were in the 1990s. Consider a random 400 milliseconds of GME trading on Monday:

I’m not expecting you to glean much from this other than the stock moved over 2% in the amount of time it takes your visual cortex to form an image from the stimulation of your retina. Markets have always been fast, but it’s obvious nobody “made a decision” to trade anything here, they set things in motion, and this happens to be when trades are cleared based on disparate actors with disparate intents and instructions.

This speed has been part of markets for a decade, at least, so we’ve gotten a bit used to the idea that things just happen super fast. Still, most of our analysis happens at glacial speeds. We have conversations. We gasp read things.

Which is where TikTok comes in. For those of us in Gen X or older, TikTok seems like just another social media platform, just one geared towards short videos. It’s not. If you’ve never “gotten it” about TikTok, go download it on your phone (not an iPad, not a browser), and search for something you actually care about. If you’re into making bread, just type in “bread.” Then spend an hour seeing what it gives you to watch.

The TikTok algo is designed to do one thing — learn what will keep you watching. If you watch a video for more than a second or two, it gets weight. If you watch it all the way through for an entire, endless minute, it will get enormous weight. Obviously, if you engage deeply enough to actually follow a creator or like a video, that carries weight too, but really, it’s about dwell time. Seconds are the unit of measurement, and attention/action is the unit of value. Your instantaneous reactions are what matter, much more than the depth of the content. Sound familiar? It’s time over price. It’s the same time compression we’ve seen in execution, applied to information.

The TikTok algo is so good at this that if you spend that time on TikTok, within minutes — quite literally — TikTok has funneled you into a well of content that is insanely narrow and bolstered by people “like you” — where “like you” is based on a much more complex profile than just info you could find in some database. And that result is very, very deep, and very, very narrow. You watch one video about ETFs all the way through, and you’re going to see a LOT of ETF videos. You watch a video about your favorite videogame, you suddenly get every TikTok about gaming ETFs ever made.

800 million users use TikTok regularly. 40% of them are 16-24. Over a billion videos are seen a day. Most TikToks convey their core message within the first 3 seconds because, after that, folks swipe up and move on. To make up for this, TikTok creators have realized that they need maximum information density: they use text, comments, graphics, editing choices, and music to convey information and tone, of course, but they also rely on the viewer knowing the language of TikTok. If there’s a sea shanty in the background of a “get rich quick with real estate” video, that’s not an accident, it’s semantic signaling. It’s the same kind of semantic signaling that implies community membership when you tell someone what sports team you root for. The difference is that these semantic signals change every day. Take a week off, be prepared to be lost for a few days as you relearn the current meme-language of the day.

Now Make It About Money

I’m a novice TikTok user, but I started checking more in the past week. I have never once liked a video or followed a content creator. I’ve never typed anything into the search bar other than the one time I entered “ETF” and “Personal Finance” just to see what happens. Videos like this currently dominate my feed:

Which would be bad enough if my Robinhood account, on the same phone, a swipe away, wasn’t showing me this:

I’m not suggesting that somehow there’s something nefarious going on here. What I’m trying to point out is that social media — which includes the curation algorithms of TikTok, Reddit, Robinhood, Amazon, Netflix, etc. — is designed not to do anything good for you (the consumer) but to keep you engaged on the platform you happened to launch from your phone. Nearly by definition, this leads you down a funnel into which it is very difficult to return. Once your TikTok feed is full of stock tips, it’s nearly impossible to get rid of them. Once you start following /r/WallStreetBets, you’re going to get the most sensational, clickbait posts bubbled to the top of your window: Go deep, Go narrow, Stay engaged. And do it in a market designed to take those few seconds of attention and execute on them.

When I was back trading OpenFund with a great team of good friends (one Matt Hougan included), we were playing on this and didn’t even realize it at the time. In our way, we were investment theater: designed to catch the attention of a message-board obsessed market. If we launched today, we’d probably launch on TikTok. Please read that as contrite, not crowing.

That’s what’s new here. It’s not that this generation of daytraders has invented day trading or learned how to use options for the first time or even swarmed a “story stock” (now we call them “meme stocks,” I guess). What’s new is that an entire generation of investors is locked at home with little to do and a set of services on their phone designed to funnel them into the most extreme, most dopamine-driving financial ideas.

So What? Big Deal

Gamestop will stop being a story. Market makers will start pricing out of the money options so outrageously expensively that eventually, the procyclical gamma trade will exhaust. But it would be a mistake to dismiss this as the craze of the moment. The herd — which isn’t a real group; it’s a herd created by an algorithm — will move on. When it does, just like Sea Shanty TikTok, it will move on with the semantic context of this entire event, along with the meme-focused content of the entire platform. When someone on /r/WallStreetBets talks about “tendies,” they’re drawing on literally 6 years of meme-content around “chicken tenders,” in precisely the same way as someone who says they’re a “Ben Graham Value Investor” is relying on not just one book but decades of interpretation to convey a huge amount of information in a few words.

This may not be a world you have any interest in exploring. But it’s this shift in how information moves and is processed that is changing markets, and to deny its existence — and it’s seemingly inevitable rise to a kind of information delivery primacy — is folly.

Note: Never long or short GME. @DaveNadig on Twitter. And why not @ETFDave on TikTok?