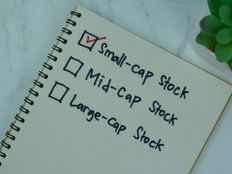 Major tech companies have consistently missed earnings expectations this earnings season and have issued grim outlooks for this quarter and beyond. The misses of companies like Meta, Amazon, Alphabet, and Microsoft have pulled down both the S&P 500 and the Nasdaq in the latter half of the week while small-caps have managed to sidestep much of the tech carnage.

The U.S. tech giants have taken double hits as both growth and multinational companies this earnings season. Heavily growth-focused companies with business models highly reliant on forward earnings, which increasing recession risk impacts heavily, have been hit hard this year. Additionally, multinational companies are feeling the cost, quite literally, of the strong dollar when dealing in foreign currencies.

Small-cap companies, because of their limited size, are generally entirely focused domestically and don’t feel currency impacts quite as heavily as multinational companies. They also have lower price-to-earnings ratios, with a heavy focus on their current (trailing) P/E over forward P/E.

While it admittedly could be a bit early to invest outright in small-caps with recession on the horizon, they’re an allocation worth keeping on the radar, according to Liz Young, head of investment strategy at SoFi.

“Small-caps have outperformed large-caps coming out of recessions 6 out of the last 6 times (all that we have data for), and on [average] by 14% from the trough,” Young tweeted last week. “And they’re cheap! In a time when valuations really matter! Relative to S&P 500, the R2000 is trading as low as it did post dot-com bubble.”

An alternative for investors seeking to capture the attractive valuations in small-caps now is the Nationwide Russell 2000 Risk-Managed Income ETF (NTKI), an actively managed fund that utilizes an option collar in seeking to generate monthly income while reducing volatility and providing a measure of downside protection.