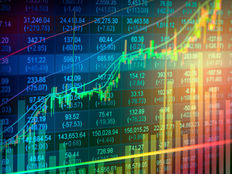 Stocks are Hard to Stop, but Challenges Are Out There

The S&P 500 finished August with a gain of over 3%, extending its winning streak to seven months. That’s impressive.

Adding to the ebullience is the fact that all 11 GICS sectors in the benchmark domestic equity gauge are higher on a year-to-date basis. In other words, it’d be surprising if the S&P 500 didn’t finish the year with a gain, extending its annual winning streak to three years, but 2021 won’t have much in common with the prior two years.

“Through August, the S&P 500 will have returned 21%, following returns of 18% and 31% in the previous two years. On the surface, the last three years have little in common from a fundamental perspective, but all three had accommodative central bank policy growing fiscal spending and a lack of attractive alternatives to equities,” says Nationwide’s Mark Hackett.

It’s hard, if not impossible, to deny that there’s a strong case for stocks. Treasury yields are low, as are credit spreads — two scenarios adding fuel to the “there is no other asset” fire.

Broadly speaking, there’s a positive vibe in equity markets today, but that doesn’t mean that risks aren’t out there. The Delta variant of the coronavirus cannot be ignored, nor can rich multiples and the specter of slowing economic and earnings growth. As Hackett points out, there are other potential clouds on the horizon.

“A potential fiscal cliff looms after the Supreme Court struck down a national ban on most evictions ahead of next month’s expiration of enhanced unemployment benefits,” he says. “The White House has limited flexibility for unilateral action, and Congress has little appetite for additional spending. Only about 11% of the $47 billion program for rental assistance has been distributed The Philly Fed estimates that two million households behind on payments due to pandemic-related job loss as the eviction ban expires on September 30.”

Additionally, the Federal Reserve has three more meetings this year, which could bring more clarity on tapering and the timeline for rate hikes.