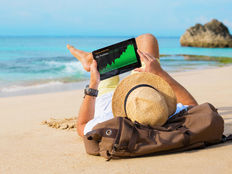 The Advisor’s Guide to Understanding Puts and Calls

Derivatives can sometimes be a confusing, murky area of the pond that many advisors and investors steer clear of because of the complexities that surround them. Options certainly can have nuance to them, but when pared back to their most basic form, it’s easier to understand what they are, how they work, and, most importantly, what they can offer a portfolio.

Options, a subset of derivatives (meaning that they derive their prices from a stock), are named so because they give the holder of their contracts the option, but not obligation, to buy or sell a stock at a previously agreed-upon price either when the contract expires or before expiration. In order to buy an option, a premium is paid that the seller keeps, regardless of whether the contract is exercised or not.

Fund managers use options in a variety of ways, but the two primary ones as they relate to portfolios are to either seek income as the writer of a covered call or to provide a kind of insurance through a protective put.

Writers of calls can help insulate themselves from potential losses by owning the stock itself, either beforehand or by purchasing it at the same time they sell calls for that asset, thus making it a covered call. It’s an income-generating option because the premiums that are paid to the writer for selling the calls are kept regardless of the outcome. Covered calls can offer a small amount of downside protection for the seller, but only for the amount of the premium paid. There’s a lot more math to it, but for the sake of brevity, it adds a small cushion to how much the stock’s price can fall before losses are incurred.

Covered calls are limited in that they have a definitive ceiling to the amount that they can profit, defined by the strike price at which the call was sold. In large market gains, covered calls miss out on much of the price action, whereas in market losses, the writer takes on the market risk in realized actual losses, since they own the stock that is losing value.

A protective put, on the other hand, is when a stock is owned and a put option is bought for it. It’s a strategy that looks to protect on the downside by setting a strike price at an amount lower than the current price, guaranteeing that even if the stock falls further, the options allow for selling at the agreed-upon strike price. It also allows for unlimited capture of market gains, where the only loss is the premium paid.

Covered calls tend to be best suited for anticipated bearish markets where the owner of the asset is looking to possibly protect against or compensate for potential future losses by making money on the premiums and are primarily a way to create income. Covered calls are generally more focused on the short term as far as investments and are a high-risk type of investment, as an investor takes on full market losses, sans premium, while being limited on gains.

Conversely, protective puts are best suited for anticipated bullish markets because they provide a hedge against potential price declines while allowing for gains and tend to act more as insurance. These are better long-term plays because they provide downside protection and allow for unlimited upside potential, minus the premium paid, providing more flexibility in volatile markets and carrying less risk.