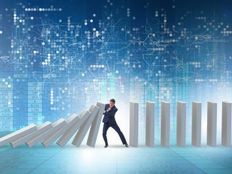 The Investment Anxieties & Opportunities of Millennials

The Millennial generation is starting to rise into its peak earning years as more Baby Boomers retire and leave the workforce, but a fair portion are doing so after experiencing three sharp economic downturns in their adult lives.

VettaFi contributor Dan Mika spoke with Kristen Euretig, principal of the New York City-based advisor Brooklyn Plans, about how she advises her client base of primarily millennial women as the markets enter their third bear market period since the Great Financial Crisis of 2008.

Dan Mika, contributor, VettaFi: Your target demographic is millenial women. What conversations are they bringing to you, and what are you telling them about these markets and macroeconomic conditions?

Kristen Euretig, principal, Brooklyn Plans: The concern that people are bringing to me is mainly around the markets: “Is there something we should be doing differently?” My answer to them is no, because we have a strategy and we plan for a market downturn before we invest. I’m not a market timer. I’m not going to change the strategy because markets have shifted; that’s baked in already.

The other thing people are raising is inflation, and how that affects their spending and their budget. Sometimes what that means is shifting things around for them to have more surplus in terms of their spending. So they might be able to save a little bit less now, or there might be areas they can cut back on, so that they can cushion rising costs. Luckily, a lot of my clients are also getting raises to offset that. That certainly helps.

As far as what I’m bringing to them, I’m just reminding them, from the investment management side, that this happens. The sky is not falling. This is not an unprecedented time, as a lot of the noise would have you believe. Markets are cyclical. There’s downturns, and for a lot of my clients, they haven’t seen one since they’ve started investing. It feels totally novel and unique, but I started in the industry in 2008. This happens cyclically, and the boom and bust is part of the structure of our markets. [So I have to remind] people of that, and showing them numbers around that.

Mika: How do you approach the mental aspect of investing with clients, given that Millennials have seen so many steep downturns early in their adult lives? Many graduated into the job market during the Great Financial Crisis, and struggled to build up initial wealth through the 2010s. Then we have the COVID crash. Two years later, we’re in a bear market. While economic conditions were solid through the last decade, this generation hasn’t been able to capitalize on that.

Euretig: I’ve definitely noticed it. I think for some millennials, the timing that you outlined has been extremely unfortunate. Not only were they graduating into a situation where jobs were difficult to find, but also rising housing costs over that time [made] housing become unaffordable for people. That demographic of Millennials got the short end of the stick.

Even for me as an older Millennial, graduating in 2004, it was very different. I already had started and had a foothold in my career, so even just graduating a few years earlier, the experience was really different.

What I would say, though, to that demographic who has had this unfortunate timing with the economy and markets, is that now is a really good time to get started and invest. The way that I look at it, everything’s on sale right now. You have many, many more of these cycles to go before retirement. So it’s discouraging, but it’s not like you’ve missed out on something. It’s not the end of a boom. It’s the beginning of the next boom too.

Mika: Do they ned to figure out how to play catch-up, both in terms of investment management and in terms of building personal wealth through real assets?

Euretig: I hear that a lot. I hear people say, “I’m 40 and I don’t have a down payment for a house.” [Meanwhile,] some of my friends are buying vacation homes because of this FOMO..

Mika: You mentioned housing costs. What are your clients asking you about in terms of the short to mid-term midterm goals like buying a house? Housing prices have risen over the last 10 to 12 years, absolutely soared over the past two years, and with the Fed hiking aggressively, mortgage rates have shot up.

Euretig: The bulk of my clients reside in the New York City metro area. A lot of what I’m hearing is, “Will I ever be able to buy in the city?” A lot of my clients have actually abandoned the idea and are committed to renting in the city, then buying property outside of the city to have as a vacation or country home, because the price point is so much more accessible once you get an hour or more outside of the city. That’s been a trend that’s been developing over the last five, if not 10 years, of people committing to a primary residence that they rent and buying a second property as an ownership property that they also might Airbnb for side income.