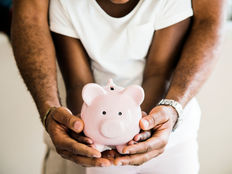 This can cause a loss of land, assets, and so much more for Black individuals and communities, and is causing the greatest detriment to wealth transfer in history, according to Brickson Diamond, co-founder of Black House Foundation, a nonprofit that works to create new opportunities for the Black community in film.

There is set to be a wealth transfer of $68 trillion within the U.S. over the course of the next 25 years as wealth is passed to heirs and charities, reports Cerulli Associates. A lack of a plan can mean costs of between 3%-8% in probate alone if the inheritance is uncontested, while costs can soar if it is contested.

“We are in a state of emergency now,” said Portia Wood, an estate attorney that focuses on Black, Latino, and LGBTQ families in California. “It is not a 2053 number anymore; it is here.”

Aside from a will, Black Americans need to decide their powers of attorney and how their assets will be distributed upon death. This can be done either directly or in trusts, which hold onto assets for a beneficiary. A trust is something that Diamond recommends for those with complex financial situations or higher asset levels.

Wealth transfer is a critical component of retirement planning. Nationwide a variety of actively managed ETFs for advisors that cater to a range of investment exposures and strategies for those seeking retirement income options for their clients as part of their bigger retirement planning picture.