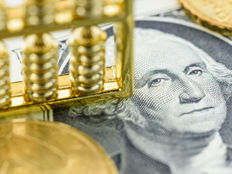 That could be a recipe for upside, and that isn’t the upside many investors are looking for. Former bond king Bill Gross recently said bond funds are “trash,” and he expects yields will climb to 2%. Other market observers concur that 10-year yields could be poised to rally anew.

“The gap between the U.S. 10-year Treasury yield and our estimate of its ‘economic fair value’ continues to widen, but this could imply a bottom could form soon,” according to Moody’s Investors Service.

Moody uses a variety of inputs to gauge fair value on 10-year yields. What the research firm is turning up is of note to fixed income investors and market participants engaged in equities that are historically negatively or positively correlated to changes in interest rates.

“We use an ordinary least squares regression to estimate an economic fair value of the 10-year Treasury yield. A significant deviation from this estimate would imply that other forces are driving long-term interest rates,” says the research firm. “The five variables used in the regression are our estimate of monthly real U.S. GDP, the CPI, the current effective fed funds rate, the Fed’s balance sheet as a share of nominal GDP, and a Fed bias measure constructed using fed funds futures.”

For investors that are concerned about rising Treasury yields, seasonality could bring some relief. September is here, and that’s usually a month in which 10-year yields decline.

“Also, seasonals favor an increase in the 10-year Treasury yield in September. On average, over the past several years, Treasury returns have declined in September. Further, the 10-year Treasury yield has risen in four of the last five Septembers. We don’t anticipate a jump in interest rates this fall, but with seasonals turning less favorable, odds are rates will rise rather than continuing to drop,” concludes Moody’s.

Seasonality usually needs confirmation by way of indicators to be effective, and when it comes to bonds, investors should continue taking clues from the Federal Reserve and its plans to taper asset purchases.