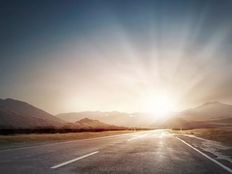 What the Coming Retirement Crisis Means for Clients

The impending retirement crisis will be a financial challenge for states as increasingly more retirees fall short of their retirement income needs and rely on government financial assistance to try to bridge the gap, Bloomberg reports.

The U.S. House of Representatives is potentially looking to address the issue with legislation this week that will expand automatic enrollment for employees into retirement plans and create better, easier opportunities for small businesses to provide some benefits. Still, with the number of retirees expected to grow in the coming years, the gap between Social Security and retirement savings could become insurmountable for a large portion of the population.

The U.S. Census Bureau has estimated that there will be 73 million people aged 65 and older by 2030, making up over a fifth of the total U.S. population. In comparison, that number was just 49 million in 2016, which was roughly 15% of the population.

While the standard estimate is for individuals to plan on living off around 75% of their working income for retirement, the real-world needs are often vastly different. Individuals who bring in larger amounts of money during their working years might need much less monthly, while those who make less might need the full amount of what they earn in wages to make ends meet in retirement.

The Center for Retirement Research at Boston College has estimated that around half of all households currently of working age are in danger of falling more than 10% short of their retirement income needs, a shortcoming that amounts to roughly $7 trillion, if Social Security benefits stay static.

So what does it mean for clients looking at their retirement needs? For some, it means working longer; a third of all adults between the ages of 65 and 69 were still working as of December. With so many falling short, the financial strain on local and federal governments will be immense as more retirees rely on Medicare, Medicaid, Supplemental Security Income, food stamps, and other government programs.

Largely, the retirement crisis puts an emphasis on the importance of retirement saving for individuals, whether through 401(k)s, investing, and other means. Nationwide a variety of actively managed ETFs for advisors that cater to a range of investment exposures and strategies within the major indexes for those seeking retirement income options for their clients.