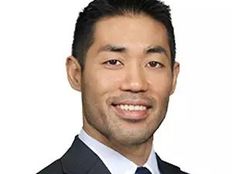 Meet a Strategist is a weekly feature where Evan Harp talks to different strategists about how their firms are responding to the current moment. This week, he sits down with Dan Suzuki, deputy CIO and chairman of the investments committee, Richard Bernstein Advisors.

Dan Suzuki: Hopefully our clients sleep sounder than other investors, because they know that we’re helping to reduce their exposure to the biggest risks and take advantage of the biggest opportunities. But I think where your question is going is, “What is everybody worried about right now?” One thing to keep in mind is that by the time there’s something out there that’s keeping everybody up at night, it’s probably usually more of a sign of opportunity than a sign of risk. That’s just kind of how markets work. When everybody’s focused on one thing, typically, it’s already priced into markets at that point, and so the risk or the opportunity is usually somewhere else.

When I have conversations with clients, I’d say that probably one of the big areas, particularly this year, given it’s a midterm election year, continues to be politics. We always try to highlight to our clients that it’s profits, not politics, that drive markets. Nevertheless, this is something that people get passionate about, and we try to highlight to them in almost every presidential cycle, no matter whether it’s a Democrat or Republican in office, what you think will be the beneficiary of a particular policy or particular administration is almost always the opposite of how the investments turn out. So we always caution investors to not focus as much on politics. It acts as a distraction to the fundamentals, as opposed to a driver of stronger investment returns.

Outside of politics, I’d say the biggest worry out there is this increased fear of a recession on the horizon. Somewhat related to that fear is that we’re dealing with the highest inflation in 40 years. So not only is that pinching wallets as more and more people struggle to fill up their gas tanks or pay their grocery bills, but that also plays into the increased probability of a recession if the Fed is going to tighten aggressively to rein in inflation and slow down the economy. I’d say that those are among the fears that are top of mind for not our clients, necessarily, but investors at large.

I think what’s just as important, if not more important than what’s keeping investors up at night is what’s not keeping investors up at night — and that’s the bubble, despite the fact that these parts of the market are down significantly, in some cases down 50 plus percent, they’re still seeing inflows. Most of the questions and a lot of the commentary you’re seeing on TV is really about how to capitalize on these parts of the market being extremely cheap and creating this big buying opportunity. We’re not seeing the fear that you would typically see as a signal that we’re close to the bottom.

Dan Suzuki: We do. Just to step back, for over a year we’ve been very focused on this idea that we’re in a new secular regime of higher inflation and higher interest rates. So we’ve been very much positioned for that story, and very underweight the parts of the market that we would view as being in a bubble. That’s the secular story. But the big change heading into this year was that this year was going to be a big year of cyclical transition towards slower profit growth and tightening liquidity. In order to reflect that dynamic, a lot of our changes over the past nine months, since last fall, have actually been to reduce cyclicality and reduce beta in the portfolios and replace some of that risk exposure with more higher-quality defensive investments.

As an example, since last fall, we’ve been reducing our smaller-cap exposure, some of our more cyclical sector exposure, some of our credit exposure on the fixed income side, and we’ve been replacing it with what you would traditionally think of as more higher-quality defensive exposure — such as consumer staples, utilities, higher-quality dividend payers, and Japan.

The one change that we’ve made recently that doesn’t fall neatly into that dynamic is we’ve added a little bit of exposure to China from being heavily underweight over the past year or so, to more neutral. Our process at RBA is really about three things: corporate profits, liquidity, and sentiment.

If you think about those in reverse order, sentiment for China is probably as close to as bad as it’s ever been. That’s reflected in the markets broadly, being down 50% or so, and valuations are also very cheap. The sentiment side is very negative, and that’s a positive from a contrarian perspective.

Liquidity is actually the opposite story that you’re seeing in most of the rest of the world. While we’re talking about increasingly aggressive monetary tightening in most regions, you’re actually seeing easing monetary policy and cutting of interest rates in China. The one stick in the mud for China is that profits growth is still slowing along the rest of the world, but obviously the headlines over the past few months have been highlighting that policymakers are increasingly starting to panic about growth there, which means they’re more likely to put through more stimulus and support growth there. Given that dynamic, I think it’s a bit too early to be heavily overweight the region, but given that we’ve been heavily underweight, I think it made sense to add some exposure there and move more toward a neutral stance.

Dan Suzuki: First I would point out that we’re less focused on the market and more focused on themes within the market. Even if you look at the moves this year, there’s this perception that everything’s gone down. From one perspective, that’s true, if you look at stocks and bonds, they have both gone down, and overall the major market indices are down.

But I think the bigger story is about the shifting leadership within the markets. Because if you look at the three sectors that have large exposure to innovation, technology, growth, and disruption — those three sectors would be consumer discretionary, communication services, and information technology — those sectors are in a bear market. They’re down well over 20% this year. But if you compare them to the rest of the market, the rest of the market is essentially flat or down a couple of percent. That leads to a huge divergence in your experience, depending on what part of the market you own. To us, it’s less about the market per se and more about what you own within the market. That speaks to the idea that I alluded to before, which is that we are in a new paradigm, and that paradigm is going to come with new leadership. We think the secular story here is going to be toward inflationary beneficiaries, and probably the sector losers here are going to be the areas of the market that have led for the past decade plus and that have become a bubble. That bubble is starting to deflate.

I alluded to this before in terms of our portfolio positioning, but we essentially have a tug of war that we’re reflecting in our portfolios between the secular story of inflation beneficiaries and the cyclical story of slower growth and tightening liquidity. Now, if you think about those two themes, they’re somewhat at odds with each other, because inflation at the heart of it is cyclical, right? Because inflation, by definition, is demand outstripping supply, so if we’re in a cyclical transition towards slower growth, that typically means less demand. And that typically means less inflation pressure. So right now, in our portfolio, we have the barbell between the secular inflation winners and these higher-quality defensive assets.

The more that growth slows, it probably makes sense to continue to shift the mix of that barbell away from the inflation beneficiaries and more toward the higher-quality defensive investments. And that’s just on the equity side.

That’s one of the things that we’ve done in our flagship portfolio a couple months ago, is go from roughly 60%, underweight duration to 50%. We’re still heavily underweight, reflecting that caution toward interest rates and inflation, but also tactically able to take advantage of the opportunities that the market is giving us.

One of the things that I would point out to investors, and why we’re cautious on the interest rate front, is, if you think about the massive amount of government debt that’s been issued over the last couple of years, partly to pay for the pandemic support and stimulus, roughly 75% of that issuance has been bought up by the Fed. So, they’re hugely distorting price discovery in this market. As a result, the Federal Reserve owns over 50% of outstanding 10- to 20-year Treasuries. They’ve effectively cornered the market, and they’re just now starting to reduce their balance sheets. The history of markets suggests that when the cornerer of a market stops buying, and when they start reducing their holdings, typically, that should come with a lot of volatility.

Dan Suzuki: Unfortunately, we can’t highlight specific ETFs. But one unique aspect of our firm, in most of our portfolios, we are indifferent between the provider of an ETF. We have many different ETFs from different ETF firms because we simply seek out the best investment vehicle regardless of the issuer of that vehicle. That allows us to really focus on what’s the best expression of our views, without being constrained in terms of which ETFs we can buy.

Dan Suzuki: I’d say that the thing that sets our firm apart the most is that we don’t have an axe to grind. Essentially, we have a time-tested process that is focused on what type of investment styles work during various types of fundamental macro backdrops.

The issue that most managers have over multiple cycles is that they have a static investing style. As we’ve seen, different investing styles go through long and major periods of outperformance and underperformance. We’re just coming out of a decade where really the only investment you wanted was U.S. growth. Well, prior to that, you had a more international and value-oriented performance cycle where growth was very out of favor. So, whether it’s small versus large, U.S. versus international, growth versus value, long duration versus short duration, etc., most managers have structural bias in which investment style dominates their portfolio, and therefore they go through these huge periods of outperformance and underperformance.

Our portfolio, in contrast, can look dramatically different and typically does during different parts of the cycle and during different investment backdrops. So we can look very high quality and defensive at one point in the cycle and then, conversely, look lower quality and cyclical in another part of the cycle, and that ability to be tactical in our investments styles is, I think, is a huge advantage relative to other managers.