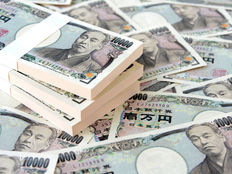 As a global Covid-19 vaccine continues its deployment globally, Japan’s economy is showing signs of life with its manufacturing activity ticking higher in December. Nonetheless, investors should keep the yen hedged via ETFs like the Xtrackers MSCI Japan Hedged Equity ETF (DBJP A+).

“Japan’s factory activity ended a record 19-month run of declines in December as output stabilized for the first time in two years, suggesting manufacturers are shaking off the negative impact from the coronavirus pandemic,” a FX Empire article noted. “The private-sector data contrasts somewhat with last week’s government figures that showed industrial output growth stalled in November because of declines in car production on weakening U.S.- and Australia-bound shipments.”

“The final au Jibun Bank Japan Manufacturing Purchasing Managers’ Index (PMI) rose to a seasonally adjusted 50.0 in December from the previous month’s 49.0 and a preliminary 49.7 reading,” the article added further. “The headline index hit the 50.0 threshold that separates contraction from expansion for the first time since April 2019, largely because output and employment conditions stopped decreasing, ending the longest run of declines on record.”

“Japanese manufacturers signaled a broad stabilization in operating conditions at the end of a tumultuous year,” said Usamah Bhatti, economist at HIS Markit, which released the survey results.

Nonetheless, there is still a lot of uncertainty to be had in the markets, which warrants the local currency to be hedged. Fortunately, DBJP has this component in the convenience of an ETF wrapper.

The fund can still capture the upside of equities should the Japanese economy heal through the rest of 2021. Business optimism is starting to rise, which is a positive sign moving forward in the new year.

Per the FX Empire article, the “PMI survey also showed overall new orders declined at the softest pace since December 2018. Growth expectations for the year ahead rose on hopes that the COVID-19-induced downturn will fade and new product launches will stimulate demand.”

“Businesses reported a sustained increase in optimism, with a third of respondents predicting a rise in output over the coming 12 months,” Bhatti said.