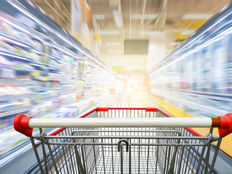 The COVID-19 pandemic is forcing shutdowns of scores of malls and non-essential retail stores across the U.S. Alone, that bodes well for the ProShares Decline of the Retail Store ETF (EMTY), but there’s more to the story.

The Decline of the Retail Store ETF provides daily short exposure or -1x to the new Solactive-ProShares Bricks and Mortar Retail Store Index, which is comprised of traditional retailers and equally weights components. The fund holds companies including department stores, supermarkets and sellers of apparel, consumer electronics and home improvement items, such as retailers like Barnes & Noble, The Gap, Macy’s, Kroger and Best Buy, among others.

Adding to the case for EMTY are rising probabilities of default by department store operators.

“_S&P Global Market Intelligence‘s_ median one-year market signal probability of default, which represents the odds that a company will default on its debt within the next year based on fluctuations in the company’s share price and other country and industry-related risks, rose to above 40% for some sectors in early April, up from below 10% at the end of February, according to an analysis of U.S. publicly traded consumer companies,” according to the research firm. “Retailers dependent on foot traffic at malls as well as hotels and casinos that rely on leisure travelers were among the groups that saw their odds of default tick up the most.”

Bolstering the case for EMTY is that 7,600 stores closed this year and by many accounts, that’s not nearly enough, indicating more closures could take place in 2020. Those closures could be hastened by a suddenly fragile economy and orders for people to stay inside due to the COVID-19 pandemic.

“But consumers slow to return to shopping or store closures that last beyond late spring could put department stores at greater risk of not making payments on their debt or interest,” notes S&P Global Market Intelligence.

Additionally, with markets fretting about companies’ ability to service debt, more indebted retailers, including some EMTY shorts, are viewed as vulnerable.

“Experts point out that even companies that were facing financial trouble before the virus hit are likely to survive the coronavirus-spurred economic downturn in the U.S. since many creditors remain stable and can afford to overlook short-term violations of loan covenants,” reports S&P Global Market Intelligence. “But that could change if businesses shut down due to the virus remain closed well into summer.”