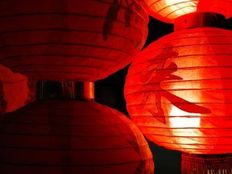 China, the world’s second-largest economy, is encountering its share of struggles in 2022, and with its status on the global economic stage, investors are rightfully concerned.

While being selective is certainly advisable, risk-tolerant investors may find attractive opportunities with Chinese equities and the related exchange traded funds today. Among the China ETFs worth examining is the VanEck China Growth Leaders ETF (GLCN B+).

GLCN tracks the MarketGrader China All-Cap Growth Leaders Index, which focuses on fundamentally sound Chinese companies. That’s an important trait because quality is durable across regions and because it’s often the most fundamentally dubious Chinese firms that punish investors the most. GLCN’s methodology is also relevant at a time when Beijing is attempting to prop up the economy.

“Last week, in addition to rate cuts by the People’s Bank of China (PBOC), Premier Li announced a series of growth supportive measures,” notes Jeffrey Kleintop of Charles Schwab. “These fiscal measures could help offset the sharp contraction in government revenue and support infrastructure investment growth in coming months. They may also help to weaken the Chinese currency; a look at the spread between the U.S. and China’s three-month interbank rates points to the potential for China’s yuan to drop 10% against the U.S. dollar.”

GLCN has other points in its favor. With a combined 37% weight to technology, communication services, and consumer discretionary stocks, the ETF could capitalize on an improving regulatory environment. That includes the recent agreement between the Public Company Accounting Oversight Board (PCAOB) struck an agreement with the China Securities Regulatory Commission (CSRC), and the Ministry of Finance of the People’s Republic of China could bring much needed clarity for some GLCN components.

“This agreement marks the first time we have received such detailed and specific commitments from China that they would allow PCAOB inspections and investigations meeting U.S. standards,” said Securities and Exchange Commission (SEC) Chairman Gary Gensler in a statement. “The Chinese and we jointly agreed on the need for a framework. We were not willing to have PCAOB inspectors travel to China and Hong Kong unless there was an agreement on such a framework.”

Several GCLN holdings, including Netease (NASDAQ: NTES) and JD.com (NASDAQ: JD), are among the initial batch of companies that will be examined as a result of the accord. While the risk of GLCN holdings being booted off U.S. exchanges isn’t removed, things could be headed in the right direction.

“The best option for holding these stocks may be through a diversified exchange-traded fund (ETF) or mutual fund, where the investment managers can make any needed transition between the U.S. and Hong Kong-listed shares of a company.  Our research has uncovered that many ETFs have already started to convert their holdings from U.S.-based shares to Hong Kong shares in anticipation of this rule change,” concludes Kleintop.