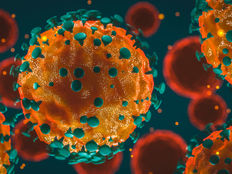 Coronavirus May Have A Unique Effect On Esports ETFs

There’s certainly more to the story, but it’s worth noting that against the backdrop of rising coronavirus cases in China, the VanEck Vectors Video Gaming and eSports ETF (ESPO) and rival video game ETFs are soaring to the start 2020.

For its part, ESPO is higher by 8.51%. ESPO seeks to track the performance of the MVIS Global Video Gaming and eSports Index (MVESPO). The index is a rules-based, modified capitalization-weighted, float-adjusted index intended to give investors a means of tracking the overall performance of companies involved in video gaming and eSports.

It may seem like a stretch in terms of affecting ESPO and related ETFs, but with so many Chinese cities shutdown and travel within the country and to Hong Kong and Macau, among other destinations favored by Chinese tourists, halted, many in the country are coping by devoting even more of their leisure time to gaming and watching fellow gamers on live-streams.

“Usually, during the Lunar New Year that falls in January or February each year, gamers in China have more time to play games during the holiday season,” reports CNN. “But this year, following the coronavirus outbreak, authorities decided to extend the holiday by almost three weeks in many places, leaving millions of people with a lot of time to fill.”

As has been widely noted, China is already the world’s largest internet market and it’s the biggest when it comes to esports and online gaming. That perch is reflected in ESPO as China represents 17.38% of the fund’s geographic weight, trailing only the U.S. and Japan.

The explosive growth of esports could even power the space past traditional sports where revenue generation is now heavily tilted towards enhancing a fan’s multimedia experience. This is an important concept in China where many younger demographics that are chock full of devoted gamers are highly technologically savvy.

“Tencent’s mobile game, ‘Honor of Kings,’ hit a new all-time high in daily average users during the week of January 30, according to Niko Partners, a research firm that focuses on the gaming industry in Asia,” reports CNN.

Tencent is ESPO’s second-largest holding at 8.62%. The coronavirus has forced the cancellations of some esports competitions, but that isn’t keeping Chinese gamers from gaming.