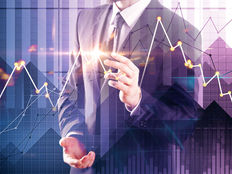 The Dow Jones Industrial Average fell as much as 200 points on Tuesday as corporate earnings pessimism and a slowing global growth outlook from the International Monetary Fund added to investors’ wall of worry.

Wall Street analysts are expecting a less-than-stellar earnings season for the first quarter as big banks like J.P. Morgan and Bank of America are scheduled to kick off reporting on Friday. Investors are looking at a 4.3 percent year-over-year reduction in earnings growth, according to FactSet estimates.

Should those estimates hold up, it would represent the first profit reduction for the S&P 500 since the second quarter of 2016. With analysts expecting a decline in earnings, focus falls corporate guidance for the rest of the year, which could help temper any investor fears.

“Unless this quarter’s earnings are much worse than consensus, the more important thing will be the guidance,” said Cliff Corso, executive chairman of Insight North America.

“This year’s earnings are probably not a recipe for a blockbuster market return, but there is no viable alternative for investors,” Corso added.

The IMF cuts its global growth forecast to the lowest level since the financial crisis, citing the impact of tariffs and a weak outlook for most developed markets. According to the IMF, the world economy will grow at a 3.3 percent pace, which is 0.2 percent lower versus the initial forecast in January.

“This is a delicate moment,” said IMF chief economist Gita Gopinath at a press briefing in Washington.

“Amid waning global growth momentum and limited policy space to combat downturns, avoiding policy missteps that could harm economic activity needs to be the main priority,” said the IMF.