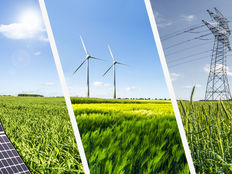 Energy Equities Are Stressed, but Analysts Like Some Names

The energy sector is under severe duress, a point confirmed by a 13.61% drop for the Energy Select Sector SPDR Fund (XLE A) on Monday. However, some data points indicate sell-side analysts remain bullish on energy stocks, including some XLE components.

Valuation may be one reason why. The recent sell-off may have opened up a potential buying opportunity for bargain hunters, especially in the oversold energy sector. The energy sector’s price-to-book ratio is at the lowest level ever while its price-to-sales multiple is at the bottom 6th percentile.

As of March 13, the Energy sector has the highest percentage of Buy ratings on companies of all 11 sectors in the S&P 500 at 65%,” according to John Butter of FactSet. “However, analysts have been optimistic in terms of their ratings on companies in the Energy sector for some time. In fact, this sector has had the highest percentage of Buy ratings of all 11 sectors at each month end going back to September 2018.”

Meanwhile, dividend yields on companies like Shell, BP, Exxon Mobil and Norway’s Equinor AS A have increased, reflecting a steepening sell-off in the company share prices. While stock holders benefit from the higher yields, some question the companies’ abilities to continue to maintain or hike dividends should oil and gas prices remain stubbornly low and keep earnings under pressure.

“Over this period, the average (month-end) percentage of Buy ratings for the Energy sector has been 65%, compared to 52% for the entire S&P 500. Given the high number of Buy ratings analysts have issued for companies in this sector over the past 18 months, has the Energy sector outperformed other sectors in terms of price over this time?” ponders Butters.

The problem is the answer to that question is “no.”