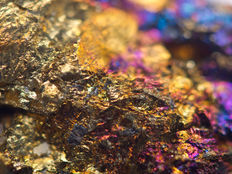 ETF Trends CEO Tom Lydon discussed the VanEck Vectors Rare Earth/Strategic Metals ETF (REMX B-) on this week’s “ETF of the Week” podcast with Chuck Jaffe on the MoneyLife Show.

This ETF gives investors unique exposure to rare earth/strategic metals through a basket of securities involved in the mining, refining, and manufacturing. Based on the fund’s top holdings, exposure is tilted towards titanium and molybdenum producers, while producers of cerium, manganese, and tungsten are also covered. REMX is a nice option for investors betting on increased demand for specialized metals, which are further expected to rise in price given their scarce supply.

REMX could be seen as a targeted basic materials play for a Biden administration. It is currently up 33% on a 1-month return and 101% on a 3-month return.

The rare earth miners extract metals and elements commonly used in the electric vehicle market, military, national security, and green energy technologies, such as high strength alloys and rare earth magnets. As the world transitions to a cleaner future, the demand for rare earth metals is expected to nearly double by 2030, and countries need a reliable supply chain.

Biden previously censured Trump, stating that he “abandoned all fiscal discipline when it comes to defense spending,” To deter Russia and China affordably, Biden said he would shift investments from “legacy systems that won’t be relevant” to “smart investments in technologies and innovations — including in cyber, space, unmanned systems and artificial intelligence.”

The rare earth magnet metals, uranium (for nuclear weapons, etc.), and key critical materials companies (cobalt for jet engines, scandium for lightweighting) have the potential to do well. Mission-critical metal alloys and produces parts for use in U.S. defense systems, such as the F-35 jet and next-generation nuclear submarines, as well as in multiple commercial applications. Rare earths are used as components in advanced industrial materials, focusing on magnetic powders and magnets, specialty chemicals, metals, and alloys.

In regards to green energy, Biden rejoined the Paris Agreement on his first day in office. Climate change is a top priority of his administration. He has proposed a $2 trillion climate plan that calls for the U.S. to pursue an “irreversible path” to net-zero emissions by 2050.

Climate solutions, such as solar energy, wind energy, and electric vehicles, depend on rare earth elements. So-called “green tech metals” have unique magnetic and luminescent qualities that make them very difficult to substitute with other elements.

There are some warnings to keep in mind. This is an industry known for volatility. Rapidly changing supply and demand dynamics, government defense implications, and heavy China involvement have driven significant volatility in the industry historically. China’s virtual monopoly in rare earth metals not only gives it a strategic upper hand over heavily dependent countries like the U.S.—which imports 80% of its rare earths from China—but also makes the supply chain anything but reliable.

Listen to the full podcast episode on the REMX ETF: