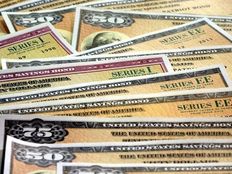 ANGL seeks to replicate as closely as possible, before fees and expenses, the price and yield performance of the ICE BofAML US Fallen Angel High Yield Index (H0FA), which is comprised of below investment grade corporate bonds denominated in U.S. dollars, issued in the U.S. domestic market and that were rated investment grade at the time of issuance.

Fixed income contains a broad spectrum of security offerings. While most investors are familiar with government bonds such as Treasurys, not everyone has been exposed to the plethora of other bond classifications.

Lydon explained what type of bonds compose the ANGL holdings.

“This ETF is made up of bonds within the index that at one point in time were investment grade, but then slipped down below investment grade status and now kind of qualified as high yield or junk bond,” Lydon said. “And with that a little bit of treatment has changed as far as how investors and institutions look at those bonds.”

Many of these bonds were viewed as black sheep, but really they were valuable offerings, he pointed out.

“If a bond happens to fall below a certain status then it can no longer be in the index. Or in the case of many institutions and endowments, they have certain criteria for bonds as well. If they go below that status, then, in fact, they had to be sold. So what happens is sometimes a decrease in a bond rating can be devastating for the bond itself, because all of a sudden the owners of a bond head for the exits, try to sell it, and then all of a sudden you find yourself in a situation where these bonds might have deserved to have a decrease in rating, but didn’t deserve to be sold as much as they have been. So this ETF was almost designed to be a basket to catch those bonds as they go through this process, when in fact they were more damaged on the sell side then they should have been,” Lydon explained.

While higher yield bonds can be a little more speculative, Lydon explains that sometimes a change in a bond’s credit rating was undue, and therefore the bonds in ANGL represent a significant opportunity without substantially greater risk.

“It is more of a risk on opportunity to go after higher yields, go after lower credit quality, and what better than to also take a chance to invest in an area that might be unloved, in an unnatural way, because it was one of these areas where most of the underlying were affected because they hit a lower rating status, and with that were oversold,” Lydon said.