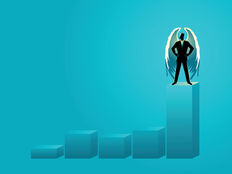 Recent falling interest rates have led some investors to move towards a more conservative fixed income allocation, but are they missing out on opportunities for yield, particularly within the high yield universe?

Fallen angel bonds, or high yield bonds originally issued with investment grade ratings, have outperformed the broad U.S. high yield market so far this year. We believe the current environment of central bank easing will remain supportive of fallen angels and that fallen angels may be attractive as we enter the later stages of the credit cycle.

The outperformance of fallen angels relative to broader high yield has been driven by three primary factors:

These factors each contributed to performance to varying degrees in the second quarter of 2019 and year-to-date. So far this year, fallen angels have performed strongly and are outperforming the broader U.S. high yield market. Fallen angels returned 3.09% in Q2 versus 2.57% for the broad market, bringing year-to-date returns to 11.23%, over 100bps better than the broad benchmark.

The longer duration of fallen angels was a key contributor to outperformance, as interest rates have steadily declined since the beginning of the year. Fallen angels have a higher average duration than the broader high yield market, due to the nature of the universe. Investment grade issuers can obtain longer term funding in the bond market due to their more solid credit fundamentals, while high yield issuers generally cannot issue bonds longer than five to ten years (nor would it be attractive to lock in relatively high funding costs for a long period). Although the longer duration can be a headwind in rising rate environments, fallen angels have actually outperformed the broad high yield market in seven out of the last nine years in which interest rates rose significantly. This is generally explained by the timing of rate increases, which tend to come later in the economic cycle and may coincide with higher fallen angel volumes, as well as the historical tendency of credit spreads to tighten in times of stronger economic growth.

From a credit perspective, spread widening in the second quarter detracted from performance on both an absolute and relative basis. However, spreads are significantly tighter than they were at the beginning of the year, which has contributed positively to returns although less than that of the broader market. The higher average credit quality of fallen angels, which are significantly overweight BB rated bonds versus the broad market, boosted performance as BB rated bonds outperformed both single B and CCC rated securities beginning in April of this year.

At the issuer level, Freeport-McMoRan, Inc., Telecom Italia Capital SA and Sprint Capital Corp. bonds contributed the most to outperformance over the second quarter and year-to-date versus the broad market, and were also the top contributors to absolute performance. In the second quarter, Weatherford International Ltd, Noble Holding International Ltd, and Ensco Rowan Plc bonds were the largest detractors from performance.

Fallen angel activity so far this year has been somewhat modest, with the bonds of four issuers entering the index in the second quarter at prices slightly below par on a weighted average basis. In Q2, there was one rising star, which is a bond that leaves the index due to an upgrade back to investment grade. The bond, issued by Tesco Plc, a British multinational grocery retailer, entered the ICE BofAML US Fallen Angel High Yield Index in February 2015 at a price of 106.1 and left the index at the end of May at a price of 110.9 and a weight of 0.54%.

The higher quality tilt of fallen angels has historically resulted in a lower yield versus the broader high yield market of approximately 35 bps, on average. This year, however, the yield differential has narrowed and the yield on fallen angels slightly exceeded that of the broad U.S. high yield market as of June 30, 2019. Although this yield advantage is expected to dissipate somewhat with the removal of several distressed bonds at the end of July, we expect the differential to remain historically attractive.

Is a Wave of Downgrades Looming?

We believe that current monetary policy globally will remain supportive of risk assets such as high yield bonds for now. That being said, although we don’t know when this current cycle will end, we are likely closer to its end than the beginning, and we believe fallen angels may be attractive in this late cycle environment. Current credit conditions remain remarkably benign, with default rates and spread levels below historical averages (although significantly off the recent tights seen in 2018). Although we believe these spread levels are reflective of the low level of current risk, investors will need to choose their high yield exposure wisely and be selective when the cycle does turn. The higher quality of fallen angels may provide downside protection in such an environment, with lower sensitivity to a significant spread widening and default rates that historically have been lower than the broad market.

Moreover, because credit ratings tend to be a lagging indicator, we expect an increase in the number of fallen angels if and when conditions deteriorate and particularly when fundamentals bottom out. Much attention has been given to whether the approximately $3.5 trillion of BBB rated debt in the U.S. poses a threat to debt markets, and the high yield market in particular, in a recessionary environment. Although we believe that fallen angel candidates represent only a small portion of this segment and the high yield market will be able to absorb this volume, it may still result in a meaningful increase in the size of the high yield market (which has not grown significantly over the past seven years) and put pressure on the prices of more vulnerable credits. For fallen angel investors, this has historically been a good thing, and we do not have any reason to believe the next wave of downgrades will be different. The ability to buy oversold bonds at attractive prices has historically contributed to outperformance versus the broad market, with greater volumes of fallen angels coinciding with strong returns.