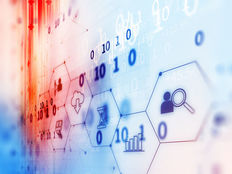 Due to China’s success, a vigorous drive towards financial technology by emerging markets has expanded tremendously around the world. However, as reported on in a post by Invesco’s Justin Leverenz, mimicking that success does not guarantee safe passage to lucrative opportunity.

Leverenz states, “China stands as the shining mast of this advancing force. As the fintech narrative goes, regulators are standing by, part ignorant, part clueless, and at times even eager partners in the revolution. What can possibly go wrong?”

There’s an oversimplified approach to how investors and companies apply China’s method towards fintech. The differences are so apparent that the false an analogy between China and EM regarding fintech can be broken down into three factors.

Catalysts describe one factor, given the differing intensities and characteristics for fintech across EM. The regulatory response is another, as regulators with diverse agendas want to take action everywhere. And then there’s competitive intensity, which describes the idea of fintech now being such an intense market, with rival platforms vying for supremacy.

Can Anyone Match China’s Fintech Success?

“Research found that 95% of Chinese internet consumers used mobile payments at least once in a three-month period, with average users transacting four times a day. That far exceeds the US where only a fifth of the population had ever used a mobile payment service, as of 2018.”

Leverenz’ report also noted how China’s fintech strategy success came from targeting small business and merchants, as well as individual consumers. It has not always been an easy road, given the tightening of regulations. However, China’s success with fintech has grown too large and dominant to be impaired by regulatory restrictions.

With that success in mind, Leverenz put the spotlight on three other regions that have all tried to recreate China’s approach to fintech. Looking at Latin America (LATAM), the fintech companies there have grabbed over half of all the investment inflows to the region.

However, due to rampant income inequality, among other factors, a two-sided opportunity has been created for fintech companies. They can rely on fast access and adoption of credit over cash with small businesses. For consumers, fintech companies asset management products, insurance distribution, remittances, and consumer loans can take off.

There are points of friction as well. Logistic costs, in particular, as theft of parcel deliveries has raised insurance costs. Income equality also needs to be watched, along with the under-developed ecosystem of small businesses.

Moving onto India, Leverenz points out its national ID and credit union infrastructure. India is also home to the world’s largest and most sophisticated ID biometric program, which covers 1.2 billion people. These systems allow for a simplified approach and lower retail cost, which can often hold up entry for fintech companies.

Other advantages help as well, but the challenge has to do with India’s relatively open economy. Due to this, massive tech companies like Amazon and Google are serious competitors to local counterparts.

So, what about South East Asia (SEA)? As Laverenz reported, “Collectively, SEA represents a $4 trillion economy, almost two times larger than that of India. The topology of SEA is highly nuanced in terms of economic development, competitive dynamics, and regulatory directions.”

Indonesia presents the most significant opportunity, thanks to a $1 trillion economy. Fintech platforms have put a lot of effort into this area. However, the biggest competitor for fintech here is cash.

Meanwhile, Singapore is the most developed financial market, with the Monetary Authority of Singapore (MAS) looking to promote fintech development. That said, they only want companies that can add value, with fintech likely being developed in partnerships with local banks.

Some Banks Are Making Bank

Outside of a couple of companies in China, no other fintech company in EM can claim victory in payment, as of now. Based on Invesco’s reporting, “The two biggest drawbacks of fintech are data incompleteness and funding restriction. While fintech companies can follow transactional data, they have not yet been able to obtain the salary flows as most customers are not willing to deposit their salaries directly to the fintech platforms.”

Leverenz continues, “Fintech platforms have also been unable to capture big-ticket purchases (mortgage, auto). The datasets for both types of purchases currently sit within the traditional banks. In addition, because of regulatory restrictions, banks are required to be the ultimate custodians of customer deposits—globally, fintech is restricted from using customer deposits for any risky balance-sheet activities.”

This can be good news for traditional banks willing to work with fintech companies to help develop new products or business models. This is especially the case given how most EM countries have two-thirds of transactions still done in cash.

The potential of fintech is undoubtedly there to bring about significant changes in the EM financial sector. Fintechs are far from being over, especially as traditional banks evolve to respond due to the rise in fintech competition.

There will be continued attention paid in understanding where things are going, with an eye kept close on earnings based on microeconomics, as opposed to the short-term trends.