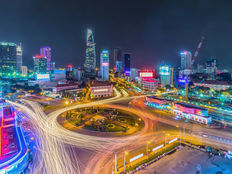 Favorable Fundamentals For The Vietnam ETF

The VanEck Vectors Vietnam ETF (VNM B), the lone US-listed exchange traded fund dedicated to Vietnamese stocks, is the prime avenue for accessing one of Southeast Asia’s fastest growing economies and data indicate the Vietnamese economy is indeed growing.

“Vietnam’s economy could be bigger than Singapore’s by 2029, says DBS Bank Ltd.,” reports Bloomberg. “The Southeast Asian nation has the potential to grow at a pace of about 6%-6.5% over the next decade, DBS forecasts, citing strong foreign investment inflow and productivity growth in the coming years.”

Currently, Vietnam is classified as a frontier market by index providers while Singapore is a developed economy.

VNM could be one of the more interesting stories among single-country ETFs, particularly as Vietnam extends its push to shed its frontier market status to become an emerging market in the eyes of index providers, such as MSCI.

Fitch Ratings recently boosted its outlook on Vietnam’s credit rating to Positive from Stable while reiterating a BB rating.

The Vietnamese government has also implemented reforms to attract investments. For instance, the country has cut corporate tax rate to 22% from 25%.

“Global investors have been lining up to be a part of the Vietnam narrative,” economist Irvin Seah said in a research note Tuesday, according to Bloomberg. “Strong FDI from China and Hong Kong in the first four months of this year may well mark the beginning of a new trend.”