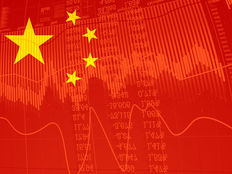 Go Along to Get Along with China ETFs

The dynamic between the U.S. and China will be an interesting play for China-focused ETFs moving forward. If the two largest economies can co-exist peacefully, look forward to a growth surge, which could benefit the VanEck Vectors China Growth Leaders ETF (GLCN).

GLCN seeks to replicate as closely as possible, before fees and expenses, the price and yield performance of the MarketGrader China All-Cap Growth Leaders Index. The fund normally invests at least 80% of its total assets in securities that comprise the fund’s benchmark index and/or in investments that have economic characteristics that are substantially identical to the economic characteristics of the securities that comprise its benchmark index.

Furthermore, the index is comprised of Chinese equity securities which are generally considered by the index provider to exhibit favorable fundamental characteristics according to its proprietary scoring methodology. As China moves forward with its ambitious plan of self-reliance within five years, growth opportunities should abound.

This should also benefit the VanEck Vectors ChinaAMC SME-ChiNext ETF (CNXT ). CNXT seeks to replicate as closely as possible, before fees and expenses, the price and yield performance of the SME-ChiNext 100 Index.

The fund normally invests at least 80% of its total assets in securities that comprise the fund’s benchmark index. The index is a modified, free-float adjusted index intended to track the performance of the 100 largest and most liquid stocks listed and trading on the Small and Medium Enterprise (“SME”) Board and the ChiNext Board of the Shenzhen Stock Exchange. The SME-ChiNext Index is comprised of China A-shares.

We’re all aware of the relationship with China under current U.S. President Donald Trump’s administration. It’s expected that Biden’s administration won’t be as abrasive towards China, but that remains to be seen.

“The world’s number two economy, and America’s top trade partner, was cast as a boogeyman by the Trump administration, which blamed the ruling Chinese Communist Party (CCP) for the coronavirus pandemic, the trade deficit, IP theft, opioid addiction, spying, military aggression and much more besides,” a Time article published in Yahoo! News noted. “Many issues will remain hotly contested, and some Biden might target more severely—such as a human-rights abuses in western Xinjiang province and the erosion of freedoms in semi-autonomous Hong Kong. But trillions of dollars, and global stability, hinge on the estranged superpowers finding common ground wherever possible.”

“China and the United States are competitors, of course, but competition in itself should not be viewed as a destructive force,” says Victor Gao, a Chinese expert on international relations who served as translator to reformist leader Deng Xiaoping. “Competition can actually bring also good things for both countries and for mankind as a whole.”