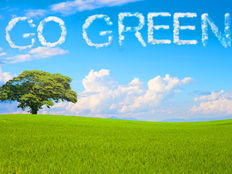 Advisors and investors are looking for avenues for sustainable investing in the bond market and green bonds stand ready to meet that demand. One of the top choices for accessing that asset class is the VanEck Vectors Green Bond ETF (GRNB).

“Green bonds set another record year in 2019, spurred by strong demand for responsible investment,” according to a recent note from Refinitiv. “Total proceeds of US$173.4bln were raised from green bonds issued globally in 2019, a 31% increase from the year prior, as a number of issues grew 31.5%. The attached report analyzes 2019’s global green bonds trends.”

GRNB, which turns three years old in March, holds nearly 130 issues and has an effective duration of 4.89 years, putting it in the intermediate term category.

“As the growth of the green bond market continues unabated, the types of issuers have grown increasingly diverse as well,” said Refinitiv senior analyst Elaine Tan in a note. “Aside from government and financial institutions, corporate borrowers – like Engie SA, Apple Inc, Pepsi Co, Starbucks, and Verizon Communications – from various sectors such as energy & power, technology, retail, telecommunications, etc., have continued to emerge since 2016.”

GRNB is trading modestly higher to start in 2020.