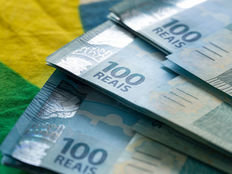 Goldman Bets on This Beaten up Market for Rebound

Brazil is home to Latin America’s largest economy. It’s also home to one of the worst-performing equity markets in the world this year. Just look at the VanEck Vectors Brazil Small-Cap ETF (BRF A-), which has lost nearly half its value in 2020. However, Goldman Sachs believes Brazilian stocks are poised to bounce back.

“Down more than 48% this year when measured in dollars, Brazilian stocks will benefit from the growing appetite for risky assets and a recovery in commodities prices during the second half of 2020, strategists led by Kamakshya Trivedi wrote in a report dated May 20,” reports Bloomberg.

Brazilian stocks are historically volatile and the same is true of small caps. That said, BRF is showing some signs of life with a gain of more than 12% over the past week.

As a small-cap fund, BRF is less levered to Brazil’s status as a major commodities producer and more levered to a possible rebound in consumer demand and sentiment.

“Investors have fled from Brazilian stocks and its currency this year as the Covid-19 pandemic battered the economy and worsened the nation’s already-fragile fiscal outlook. Assets have been further undermined by political turbulence and a lack of confidence in President Jair Bolsonaro as he downplays the coronavirus threat even as Brazil becomes the world’s hotspot for new infections,” according to Bloomberg.