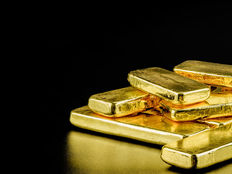 Hope For The Best, Hedge With Gold For The Rest

Gold has outperformed most asset classes so far in this latest market sell-off. It ended March with a slight $8.51 (0.5%) loss to close at $1,577.18 per ounce. Gold rose early in the month to a fresh seven-year high of $1,703 on March 9. However, similarly to the crash in 2008, funds have had difficulty selling their losers and have become desperate for cash.

As the market panic gained momentum, gold was sold as a source of liquidity for margin calls, redemptions and risk-off positioning. The monthly low of $1,451 came on March 16, and was possibly the shortest $250 selloff in gold’s history.

However, the stock market continued to tank; investors know that the Fed can’t buy cruise ship tickets, fill baseball stadiums, or go to a restaurant, which is what the economy really needs. Much of the Fed’s efforts are aimed at injecting massive amounts of liquidity into credit markets that had seized up. Incredibly, cracks have even emerged in the market for U.S. Treasuries, as they sold off with the stock market on some days. Gold has performed as a hedge against both the turbulence and the inflation that might eventually come from all of this intervention.

Gold maintained its gains leading up to the March 26 announcement of a $2.2 trillion stimulus package from the U.S. government that makes the existing trillion-dollar annual deficit seem trite.

Gold stocks have roughly tracked the broader stock market through the crash to date, as the NYSE Arca Gold Miners Index (GDMNTR)1 fell 10.4% in March. The MVIS Global Junior Gold Miners Index (MVGDXJTR)2 declined 21.3%, underperforming the GDMNTR due to its smaller, less liquid constituents. This is normal gold equity performance in a crash and the drawdowns so far are less than that seen in 2008. We expect gold stocks to rise to reflect the underlying strength in the gold price once the panic has subsided and companies are able to return to full production.

Gold mining has encountered a marginal impact so far from the pandemic. The miners are adhering to the health and safety protocols we have all become familiar with. A handful of countries that have declared lock-downs have included mining as “non-essential” business. Bank of America Global Research estimates in a March 30 report that 9% of global mine output had been temporarily idled. However, most gold mines have maintained production and we don’t know of any so far that have been shut down due to the coronavirus outbreak. Gold miners are better positioned than many industries to handle this crisis. Mines are typically in remote areas, away from coronavirus hot-spots. Many have African experience navigating AIDS and Ebola epidemics while safeguarding employees and sustaining production. The sector is financially strong with low debt and strong cash flow. A BMO Capital Markets universe of 27 major and mid-tier producer have an average net debt/EBITDA3 of 0.34, compared to an average of 1.78 for S&P 500 companies. All-in sustaining costs average roughly $950 per ounce and low fuel prices will work to offset other cost pressures this year.

“Dotcom” stocks, mortgage-backed securities, FAANG stocks – remember those iconic symbols of investor complacency and market excess in past cycles? The expansions that preceded each of these bubbles ended as a result of Fed tightening and were usually accompanied by an unexpected catalyst. The recent expansion was struggling under a cycle of Fed rate hikes, falling profit growth, exorbitant debt levels, a global manufacturing recession and dysfunction in the repo market. Now comes the mother of all catalysts.

People everywhere are focused on friends and loved ones who are sick or on the front lines, fighting the virus. Investors also think about what the world will look like once COVID-19 is gone. We can’t help but reflect on our July 2019 commentary in which we highlighted The Fourth Turning, written in 1997 by historians Neil Howe and William Strauss. The book lays out generational cycles that have recurred throughout history. Since 2008 America has been in the fourth and final “turning” of the current cycle.

The fourth turning is “marked by an era of crisis that shakes a society to its roots and fundamentally alters the course of civilization”. The fourth turning ends with a climax that lasts several years, “a spark that triggers a chain reaction of unyielding responses and further emergencies”. We speculated in July that, according to Howe and Strauss’ theory, the climax would begin in the 2020 to 2023 time frame. Past American fourth turnings culminated in wars – WWII and the civil war before that. We now have a global war against an invisible enemy.

While there is endless speculation on what the future holds for the economy and the markets, we bracket our outlook between best- and worst-case scenarios:

• The best case scenario, in our view, is a short, sharp recession followed by a slow recovery that takes the economy back to normal in late 2021. We believe there are an abundance of risks that would be supportive of gold and possibly lead to new long-term highs. The government, being the government, will not be able to save all business and households that need to be saved, and it will probably save many poorly managed businesses that shouldn’t be saved. It seems failures and bankruptcies are inevitable. There could be a resurgence of the virus in the fall. Investor and consumer behavior may become much more conservative, at least in the recovery phase and possibly in the long term. States and municipalities have been financially devastated by massive cost overruns and reduced tax revenue. Most worrying is sovereign and corporate debt that is expanding from record levels to cope with the economic shut down. Other parts of the world could see worse outcomes than we experience in the U.S.

• The worst case scenario is one in which the economy remains shut for longer than expected. A hard recession lingers through 2020. Social unrest becomes a problem. Business failures and household bankruptcies prompt additional trillion-dollar rescues. The Fed continues to expand its balance sheet by the trillions because investors are unwilling or unable to support the market for treasuries. A crisis of confidence forces the government to even more extreme measures. The Fed moves to directly fund the U.S. Treasury and currency markets go into disarray. A return of the geopolitical risks that made headlines before the virus – a hostile government launches a cyber-attack or military maneuver designed to take advantage of the crisis.

• Hoping for the best but preparing for the worst is an appropriate strategy that seems to be prevalent with all the hoarding going on. Financially, we believe gold and gold shares should be part of that strategy as a hedge against turmoil. In addition, from the best case to the worst case, the market’s complacency toward inflation may turn to worry as the economy absorbs the tidal waves of liquidity.

All company, sector, and sub-industry weightings as of March 31, 2020 unless otherwise noted.

1NYSE Arca Gold Miners Index (GDMNTR) is a modified market capitalization-weighted index comprised of publicly traded companies involved primarily in the mining for gold.2MVIS Global Junior Gold Miners Index (MVGDXJTR) is a rules-based, modified market capitalization-weighted, float-adjusted index comprised of a global universe of publicly traded small- and medium-capitalization companies that generate at least 50% of their revenues from gold and/or silver mining, hold real property that has the potential to produce at least 50% of the company’s revenue from gold or silver mining when developed, or primarily invest in gold or silver.3Earnings before interest, tax, depreciation and amortization (EBITDA) is a measure of a company’s operating performance.

Nothing in this content should be considered a solicitation to buy or an offer to sell shares of any investment in any jurisdiction where the offer or solicitation would be unlawful under the securities laws of such jurisdiction, nor is it intended as investment, tax, financial, or legal advice. Investors should seek such professional advice for their particular situation and jurisdiction.

Any indices listed are unmanaged indices and include the reinvestment of all dividends, but do not reflect the payment of transaction costs, advisory fees or expenses that are associated with an investment in a Fund. Certain indices may take into account withholding taxes. An index’s performance is not illustrative of a Fund’s performance. Indices are not securities in which investments can be made.

Please note that the information herein represents the opinion of the author, but not necessarily those of VanEck, and this opinion may change at any time and from time to time. Non-VanEck proprietary information contained herein has been obtained from sources believed to be reliable, but not guaranteed. Not intended to be a forecast of future events, a guarantee of future results or investment advice. Historical performance is not indicative of future results. Current data may differ from data quoted. Any graphs shown herein are for illustrative purposes only. No part of this material may be reproduced in any form, or referred to in any other publication, without express written permission of VanEck.

About VanEck International Investors Gold Fund (INIVX): You can lose money by investing in the Fund. Any investment in the Fund should be part of an overall investment program, not a complete program. The Fund is subject to the risks associated with concentrating its assets in the gold industry, which can be significantly affected by international economic, monetary and political developments. The Fund’s overall portfolio may decline in value due to developments specific to the gold industry. The Fund’s investments in foreign securities involve risks related to adverse political and economic developments unique to a country or a region, currency fluctuations or controls, and the possibility of arbitrary action by foreign governments, or political, economic or social instability. The Fund is subject to risks associated with investments in Canadian issuers, commodities and commodity-linked derivatives, commodities and commodity-linked derivatives tax, gold-mining industry, derivatives, emerging market securities, foreign currency transactions, foreign securities, other investment companies, management, market, non-diversification, operational, regulatory, small- and medium-capitalization companies and subsidiary risks.

Diversification does not assure a profit or protect against loss.

This article was republished with permission from VanEck. View the original piece here.