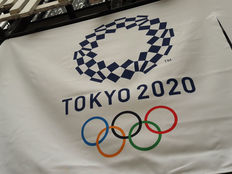 The sudden resignation of Japanese Prime Minister Shinzo Abe certainly threw a curveball at the country’s leadership, but things could get even more complicated moving forward. Teneo Intelligence’s Tobias Harris told CNBC that his successor is in for a “difficult year.”

The news hit Japan last week when, according to a CNBC report, the Japanese PM “told reporters during a televised press conference that his health started declining around the middle of last month. The prime minister, who suffers from chronic ulcerative colitis, an inflammatory bowel disease, said he was resigning because he did not want his illness to result in any policy mistakes.”

“I needed to fight against the disease and be treated, and I was not really in a perfect state in terms of the health condition,” Abe said. “I would like to send my apologies to the people of Japan.”

Now, the real challenges begin for whoever is set to inherit Japan’s current list of economic woes.

“The next prime minister will also either have to prepare to deal with a reelected Trump or the transition to a new US administration, either of which will occupy much of his or her attention,” the analyst said, referring to the U.S. presidential election in early November.

″(Abe’s) current term has been characterized by strong leadership and an absence of political turmoil in contrast to the instability of previous administrations,” Adenwala said. “Intra-party unity within the LDP will deteriorate as heads of different party factions will attempt to promote a succession candidate from within their own ranks.”

Nonetheless, investors who are seeking single-country exposure to Japan can look to the following ETFs for broad-based exposure or tactical trading: