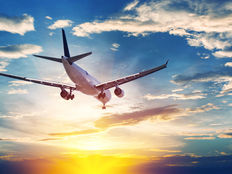 The US Global Jets ETF (JETS C) is one of the industry ETFs garnering plenty of attention and investment dollars this year as investors look for rebound/reopening plays, but the fund could soon undergo some changes.

JETS seeks to track the performance of the U.S. Global Jets Index, which is composed of the exchange-listed common stock (or depository receipts) of U.S. and international passenger airlines, aircraft manufacturers, airports, and terminal services companies across the globe.

Typically, the lone ETF focusing on airline equities is home to 30 to 35 stocks and is dominated by the four largest U.S. airlines, but that dominance could be reduced as the JETS index makes room for some Canadian carriers.

A recent filing with the Securities and Exchange Commission (SEC) confirms that the JETS Index will soon grow to 39 components, giving the fund more exposure to Canada.

The news comes as airline stocks appear attractively valued relative to other corners of the transportation universe. The New York Arca Airline Index showed a price-to-earnings of 5.7 as of the end of March, compared to the 14.5 P/E ratio for the S&P 500 Industrials Index, 20.1 P/E for the Dow Jones U.S. Trucking Index and 15.6 P/E for the Dow Jones U.S. Railroads Index.

After the U.S. and Canadian components are factored into the JETS mix, there are qualifiers for the fund’s other holdings.